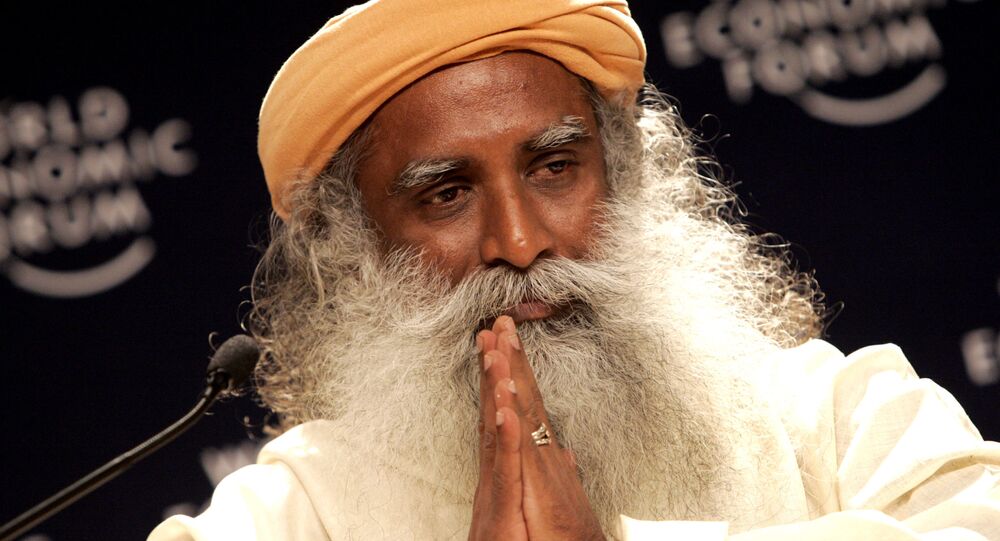 Breasts are Sexist? Indian Godman’s Logic on Breast Milk For Twins Has Tweeple Asking Him to Shut Up

New Delhi (Sputnik): It appears Indian godmen’s “scientific” logic on the mechanism of women’s bodies is never-ending. On Tuesday, a preacher from the state of Gujarat left everyone dumbfounded for his sermon, saying “menstruating women cooking food will reincarnate as "Kutri" (b***hes).

A hugely popular Indian spiritual leader, Jaggi Vasudev has presented a ground-breaking theory on the consistency of breast milk while talking about the intelligence of the human body. The spiritual leader popularly known as "Sadhguru" said that the composition of breast milk varies according to the gender of the baby.

Vasudev was addressing a conference as a guest speaker in 2017 when he said, “If a woman… delivers twins – one male and one female – one breast will ooze a certain type of milk, another breast will ooze another kind of milk".

The statement has led to millennials taking jabs at the spiritual leader while slamming him for his “misogynist” and unscientific claims.

What with religious men and their obsession with the female body! https://t.co/vQUfqbK465

It's patriarchal evolution.
Breasts are sexist that produce sex tailored milk.
they are also facist because they also force-feed antibiotics when the baby is sick.
No I am not joking it's true......
Guys really its true, so have a open mind and learn about it

Dirty mind is always after dirt. Be like a honey bee.Look for good things.This man is acknowledged by the world as a great spiritualist.PRIDE OF INDIA.He points at Nature, planning, caring and providing for babies,even before they come.U must think God. But you r after breasts

Others decided to resort to jokes.

Do breast have eyes?

How do a breast identify which gender baby is drinking which side?

Is there any automatic switch over system, if a baby drinks wrong side?

Apparently, the guru was referring to a study by scientists that suspect breast milk might be tailored by the human body to meet different the growing needs of infants.

But the guru went a step further with his claim that each breast produces different kinds of milk in the event of twins, as no study could be found to prove his theory.

This is not the first time Jaggi Vasudev has taken science for a ride. He earlier said that the human body has certain software that turns a mango into a woman if a woman eats it and a man if a man eats it.