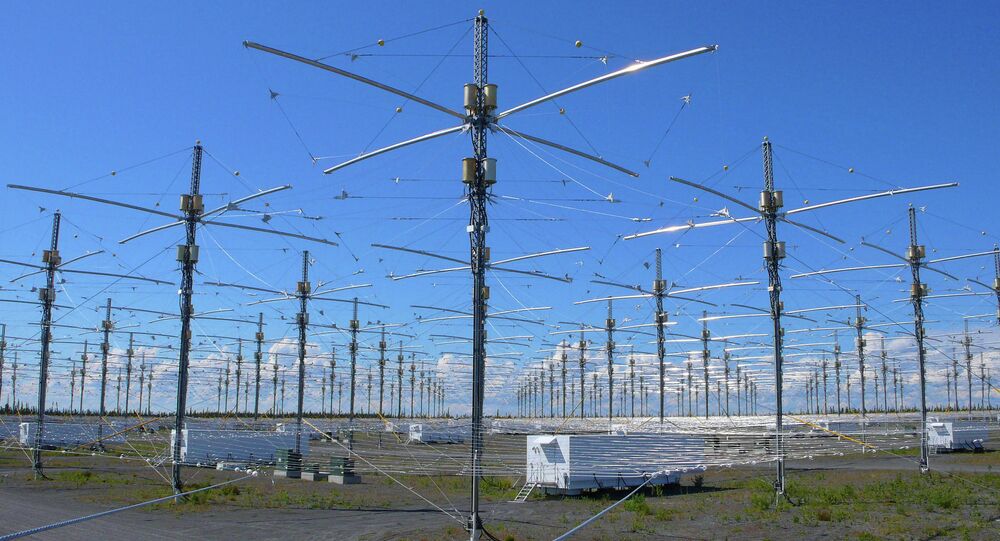 Alien hunters and conspiracy theorists of all sorts do not need much to get them to seek traces of extraterrestrial guests or secret governmental programmes. A clip said to be filmed in Aleppo, with a stripe-like pattern in the clouds, inspired the most bizarre assumptions, as well.

Online commenters latched onto the footage of smoke ripples in the sky, said to be filmed in the Aleppo countryside in Syria, to reinforce claims that weather control weapons exist. Although its authenticity cannot be confirmed, the clip prompted conspiracy theorists' imagination to fly. It was posted on Twitter by a user with the handle Ahmad1618A, who describes himself as "an activist here to deliver the voice of Syrians."

The video shows a cloud in the bright sky with smoke, moving upwards in a stripe-like pattern. The show lasts a few moments. The author of the video suggested in the caption that it was an electromagnetic interference, "whose source has not yet been determined."

Electromagnetic interference in the southern countryside of Aleppo, whose source has not yet been determined pic.twitter.com/N7hIs8dU0Q

​However, his commenters did not seem to share his assumption. As one of them pointed out, one can hear explosions in the distance, creating pressure waves, and electromagnetic fields would not manifest like that. Others shared this version, with some noting that the cameraman would not be able to use his phone to film the video if some electromagnetic equipment was involved.

"These are pressure waves caused by sound, electromagnetic waves travel around the speed of light, you would not see them much like microwaves, and they do not contain enough mass to exert pressure like this," the user with the handle @Muskie_Medic responded.

This did not stop a popular conspiracy channel on YouTube, Disclose Screen 'The Grimreefar', to share the footage under the title "the strangest cloud phenomena you will ever see", asking if it was electromagnetic interference or a weapon.

© Flickr / Joe Hastings
Let It Rain: China Reportedly Building Weather-Control System Larger Than Spain
The suggestion that it was HAARP, which is short for High-frequency Active Auroral Research Program – the military-funded project to study the ionosphere, shortly popped up in comments. Although the programme with a transmitter facility in Alaska was shut down in 2014, conspiracy theorists have not ceased to speculate that the US government continues to use it to control the weather. Some suggested that it was the case in Syria, as well.

"Could this be HAARP? It uses frequencies to push up the ionosphere and then slams it back into the Earth," one of the commenters asked, while another added: "Has to be HAARP."