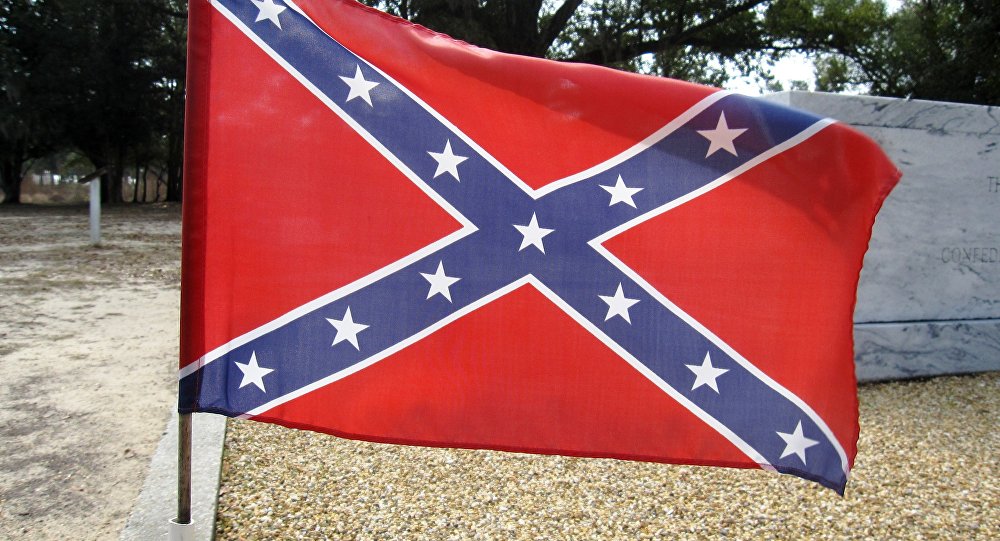 A US high school is conducting an investigation after a photo of some students who attend Martin Luther King High School in Riverside, California, were seen posing with a swastika and a Confederate flag while making a hand gesture that has been associated with white nationalism.

In the photo, eight students are seen posing in front of a Trump 2020 banner and a Confederate flag. One male student is holding a swastika sign, while another student is making the “OK” hand gesture.

​The gesture is performed by touching the tips of your forefinger and thumb together in an “O” shape, extending the other three fingers out straight and separating them. “The ‘OK’ hand gesture hoax originated in February 2017 when an anonymous 4channer announced ‘Operation O-KKK,’ telling other members that ‘we must flood Twitter and other social media websites … claiming that the OK hand sign is a symbol of white supremacy,’” an Anti-Defamation League (ADL) blog post on the topic reads. However, the gesture is now considered a hate symbol by the ADL.

In a letter sent to parents on Friday, Michael West, the school’s principal, confirmed that the school immediately started an investigation of the incident but did not find any “evidence of planning or intent to commit unlawful acts or to physically harm anyone.”

"While we cannot provide specific details due to privacy laws, King High School is taking appropriate action to stop this kind of disruption to school and prevent it from recurring," West added.

In a video uploaded to YouTube on Monday, West said that the school has established an Equity Committee for staff and students to develop programs to ensure “racial harmony and respect for all.” In addition, “Synergy Days” will be established by the school to “help participants recognize and respect each other’s differences but also value and appreciate all of [their] similarities.”

“At this time in our country, the frank reality is that political and social views are strongly held by individuals. Individual views, while people are entitled to them, may be in direct conflict with those of others, our school and our district values. Teachers and staff, I implore you: join me in devoting time to talk with our students about diversity, tolerance, respect and how to use social media in a positive way,” West explained, without providing any information on whether the students in the photo would face any kind of discipline.

A spokesperson for the Riverside Unified School District also recently told Southern California newspaper The Press-Enterprise that students at the school had the chance to express their concerns surrounding the incident at a forum on Friday.