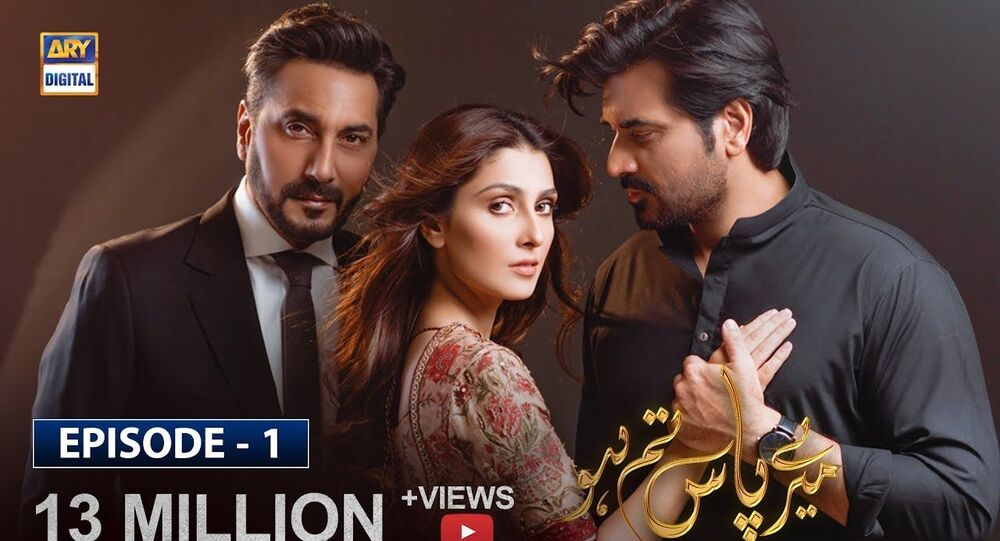 New Delhi (Sputnik): “Meray Paas Tum Ho” (I Have You) is a Pakistani tragic romance drama directed by Nadeem Baig. The show stars Humayun Saeed, Ayeza Khan, and Adnan Siddiqui in the lead roles and depicts the story of an ordinary couple Danish and Mehwish who have different needs and mindset that causes them to drift apart.

A court in Pakistan has summoned the creators of a television series after a petition was filed demanding an apology for portraying women in the country as “greedy, selfish, and non-professional”.

As per a report by Guardian.com, in the petition filed at the Sindh High Court last month, lawyer Sana Saleem argued the television series "Meray Paas Tum Ho" (I Have You) was “ridiculing a woman who makes the same decision as every other man in society”.

The series followed the story of a married couple whose relationship falls apart when the woman has an affair with a wealthy man unlike regular Pakistani television dramas that show women forgiving cheating husbands. However this series presented a fresh question: should a man forgive his unfaithful wife?

The court summoned the producer, Humayun Saeed, who also plays the lead role, to appear on Thursday (13 February) along with lawyers from the Pakistan Electronic Media Regulatory Authority.

Justice Muhammad Ali Mazhar has said if the bench finds that the show features immoral discourse, action would be taken against the producers.

Although it is not uncommon in Pakistan for people to ask courts to mediate in this way, it is unusual for the petitioner to demand justice for women. A separate petition to stop the airing of the final episode of the show was thrown out by a court last month.

Sana Saleem said: “The show had a huge impact and hurt women. The courts have a duty to correct something which is negatively affecting society".

In her petition, she also objected to the storylines of an unmarried couple living together and a six-year-old child playing Cupid to set up his father and schoolteacher.

However, another lawyer Reema Omer said prohibiting content, regardless of its “offensive” nature, was an anathema to freedom of expression.

The 23-episode serial ran from August 2019 to January 2020 on the channel ARY Digital, becoming the most watched TV show in Pakistan. The finale, watched by 80 million viewers was screened in cinemas across the country.