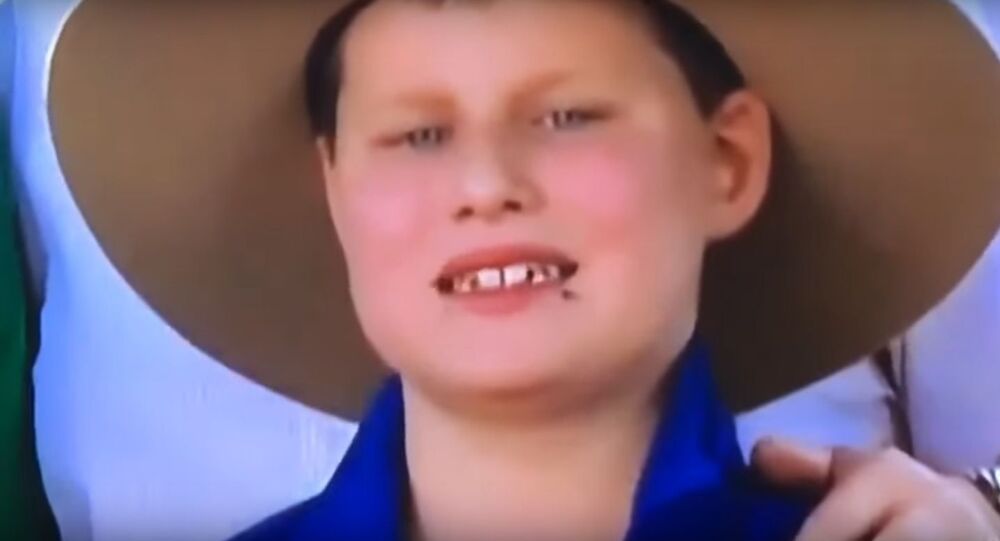 The boy and his family were interviewed by Australian Channel 10 on how heavy rains that recently hit Australia have affected the lives of communities struggling with intense drought conditions for three years. The drought and ensuing high temperatures also resulted in massive wildfires that left more than 1 billion animals dead.

An Australian boy has shocked social media users after footage of him eating two flies during a live tv interview was posted on the social news website Reddit. The video shows the boy standing next to his family smiling, when suddenly a fly lands on his cheek. The boy decided to deal with this inconvenience in a very bizarre way. Pretending that nothing happened he slowly stuck out his tongue and made the fly disappear in his mouth. A second later he repeated the trick when another insect landed on his face.

Viewers were stunned by the boy’s act with many saying that lizard people, reptilian humanoids that according to a popular conspiracy theory control the world, are among us. One user joked: "Reptile wins!", referring to a character in a popular fighting game called Mortal Kombat. Other users wondered how the boy managed to catch flies, which are known for their evasive skills, with his tongue. One netizen wrote: "How is it that flies can dodge a fast moving hand but they can't dodge a slow moving tongue?"

The boy and his family were interviewed on how heavy rains that recently hit Australia affect the lives of communities struggling with a drought for the last three years. The drought and ensuing high temperatures also resulted in massive wildfires that scorched more than one million hectares of land and according to some estimates have left more than 1 billion animals dead.

The recent rainfall not only extinguished all the fires but became the heaviest in years and caused widespread flooding.