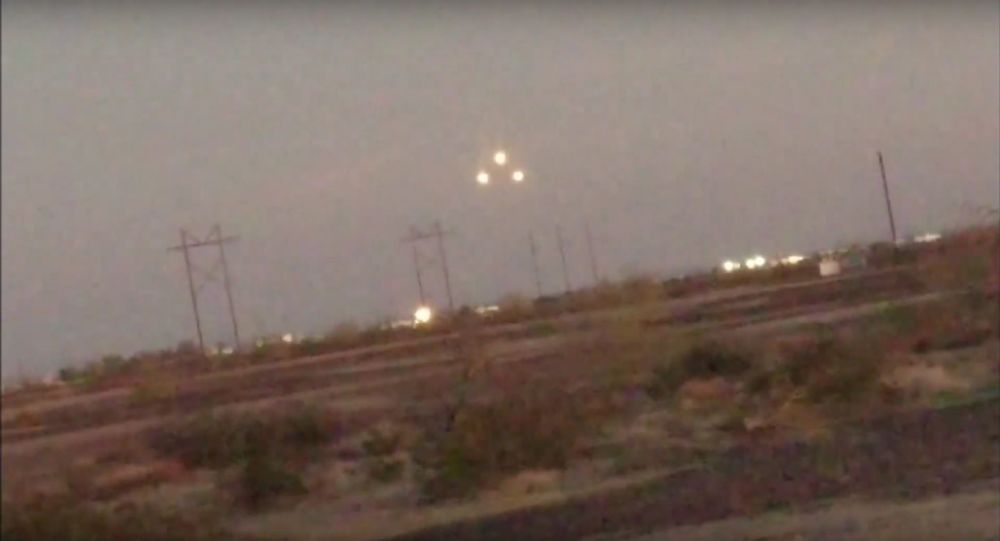 The geometric formations of the lights, which eventually went down in number, led many viewers to think that they had witnessed the new sixth branch of the US military, announced by President Donald Trump last year.