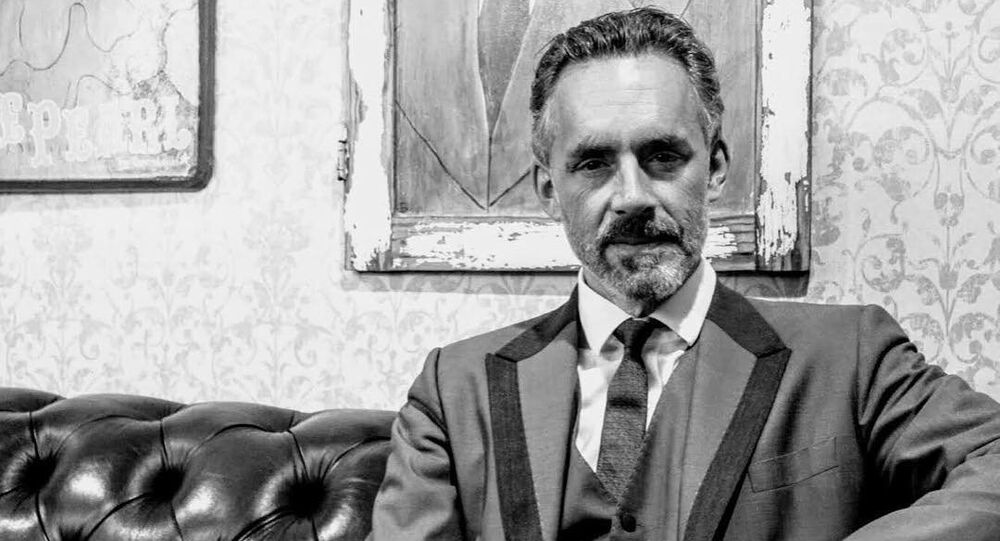 Jordan Peterson’s Daughter Strikes Back at Her Father’s Haters, Revelling in His Health Struggles

Mikhaila Peterson revealed last week that the Canadian professor had gone to Russia for emergency detox treatment amid his battle with addiction to a drug, prescribed to cope with stress after his wife of 30 years was diagnosed with cancer, and related problems. Before that, he had spent several weeks in an intensive care unit.

Entrepreneur Mikhaila Peterson has reacted to the wave of hate following her announcement about her father Jordan Peterson’s severe health problems, caused by his earlier treatment with the psychoactive drug benzodiazepine and the subsequent addiction to it.

“Fun fact. It’s people who score high in compassion that are also the most likely to punish people for perceived wrongs”, she tweeted, sharing an article dedicated to some vicious comments online, with a reference to her father’s lectures.

Fun fact. It’s people who score high in compassion that are also the most likely to punish people for perceived wrongs. https://t.co/UNCrSL6Bnx

​The opinionated piece from The Post Millennial, deemed conservative by some commentators, brought up several remarks. Their authors, including a social justice activist and an Ottawa law professor, have denied Peterson sympathy for his sufferings because of his conservative-leaning views.

Do I think Jordan Peterson deserves a pass on his bigotry because he's suffering? No.

But do I think he deserves dignity despite his situation being a product of views that he profits from? No.

But do I think he deserves sympathy despite him not extending it to others? Also no.

#KARMA
Jordan Peterson, oracle to gullible young men, preacher of macho toughness, and hectoring bully to “snowflakes”, is addicted to strong drugs and his brain riddled with “neurological damage”.

He deserves as much sympathy as he showed others. https://t.co/a0lHWZlqrX

​These two tweets, featured in the article, were not extraordinary in the social media storm, prompted by the bombshell update. One online commenter even went so far as to say that the author of a book, titled 12 Rules for Life, almost dying in a Russian hospital from benzo withdrawals was “one of the funniest things to ever happen”.

looking forward to jordan peterson's sequel 13 rules for life, which include "down benzos like tic tacs" and "get into an induced coma in a russian gulag"

Rule 13 for boys; Don’t take advice from people who are not in their right minds. Jordan Peterson seeks 'emergency' drug detox treatment in Russia https://t.co/4Lv8Vh6rLA

​Another called on people to reserve their sympathy for someone else other than the Canadian professor, known for his conservative opinions.

People like him build lucrative speaking careers on the idea that world isn't hard and cruel enough. There are many people struggling with addiction and mental illness who aren't trying to make the world worse: reserve your sympathy for them.

​However, many stood up for Peterson, accusing his left-wing opponents of making fun of his struggles as well as a lack of compassion, tolerance, and basic human empathy.

The left: "It's OK for men to cry & share their feelings. Depression is real and should be respected. There's an unhelpful stigma around mental health."

Also the left: "LOL Jordan Peterson cries during interviews and is addicted to anti-depressant drugs. Show him zero sympathy." pic.twitter.com/rPHIrSkQn7

The left: It takes true strength as a man to seek help.

The left: LOL! What a fucking pussy.

- The far left are just shit people, no other way to put it.

When I read some of the responses to Jordan Peterson’s illness, I’m reminded why the Left has become so commonly associated with a lack of compassion, tolerance and basic human empathy.

We on the Left need to get our own house in order. These people are seriously fucking it up. pic.twitter.com/VRprW729G5

​Last week, Mikhaila Peterson, who founded a carnivore diet community, updated her father’s followers about their “desperate” decision to seek drug detox treatment in Russia after several attempts in North America had failed. On top of that, the author of the self-help bestseller 12 Rules for life had developed pneumonia in one of the previous hospitals and spent four weeks in the ICU (intensive care unit).

© CC BY 2.0 / Gage Skidmore
Jordan Peterson Goes to Russia for Emergency Treatment After 4 Weeks in ICU, Daughter Says
His struggles with “benzo” and the related health problems go back a few years. Then, the professor, who also adopted his daughter’s all-beef diet, was prescribed a low dose to treat anxiety caused by a severe autoimmune response to food. Last April, after his wife of 30 years, Tammy, was diagnosed with terminal cancer, the dose was increased, which resulted in suffering from “both a physical dependency and a paradoxical (opposite to the intended effect) reaction to the medication”, as Mikhaila recalled.
...
Reddit
Google+
Blogger
Pinterest
StumbleUpon
Telegram
WhatsApp
10