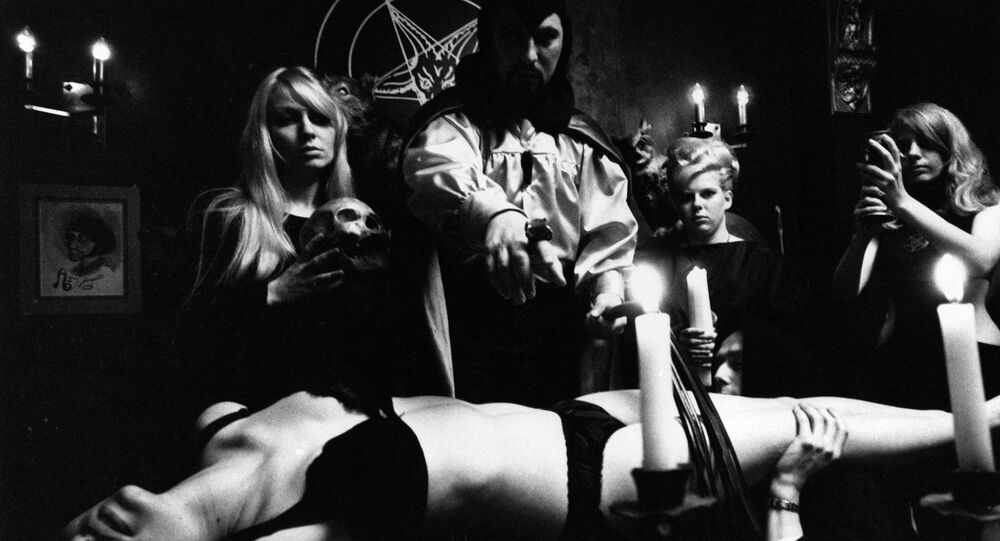 Oops, Wrong Door! Woman Stumbles Across a Meeting of a CULT in a Vegan Cafe on Her Way to a Restroom

The woman shared her story on Twitter with users saying that she ran into members of the Ordo Templi Orientis (O.T.O), an international fraternal and religious organisation, which practices sex rituals. Among its members was English occultist Aleister Crowley, labelled a Satanist and the wickedest man in the world by the popular press.

A woman stumbled across a meeting of a cult in a vegan café in south London when she went to a restroom. Anya Driscoll was enjoying her lunch at the café when her brother returned from the toilet with an “odd look”. He then told his sibling to visit the restroom, which she agreed to. When Anya was climbing the stairs she discovered a room full of people dressed in black robes and holding ceremonial daggers. She has since shared her story on Twitter.

"The toilet is apparently on the third floor. At the top of the first flight of stairs is a landing room. It appears to be a kitchen. On a table, a Classic British Buffet of scotch eggs, breadsticks, cheese etc is laid out. The room is full. A party! Except... All the people - and there are at least 20 of them - are wearing floor-length black robes. Some have ceremonial daggers. They’re making polite conversation and chomping on mini pork pies", Anya wrote in her post on Twitter.

She then asked a man in a robe where she could find the restroom. On the way back to her table Anya heard someone saying “its time to begin” and then saw people entering another room.

Social media users have suggested the woman ran into members of the Ordo Templi Orientis (O.T.O) an international fraternal religious organisation that reportedly originated between 1895 and 1905 in Germany or Austria. Among its best-known members is occultist writer Aleister Crowley, who was labelled a Satanist by popular press and referred to himself as “Beast 666”.