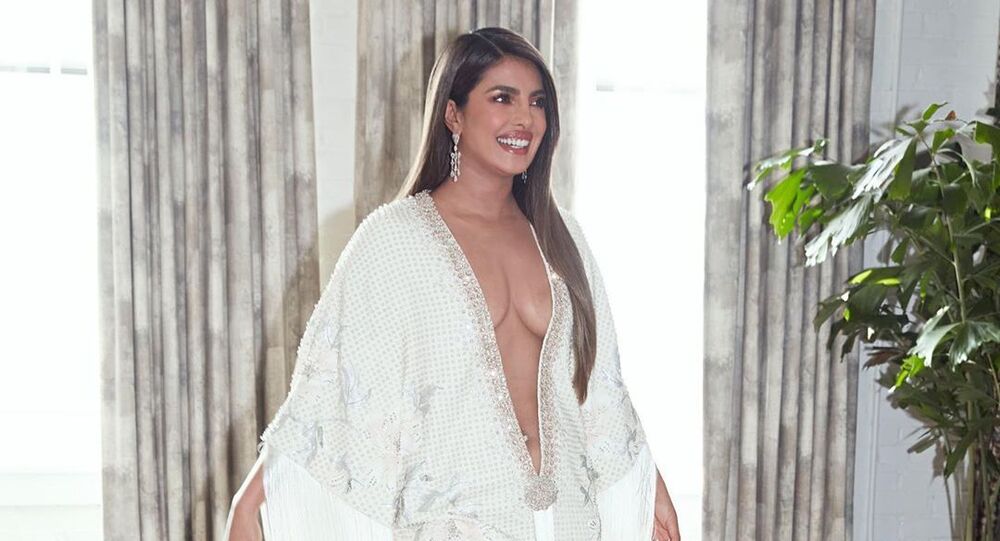 New Delhi (Sputnik): Indian actress Priyanka Chopra’s success has been an inspiration for many. From winning Miss World 2000 and playing a negative role at the start of her career in the Bollywood film “Aitraaz”, to gaining international popularity with a lead role in the American TV series “Quantico”, she has tasted success in all she has done.

Indian actress Priyanka Chopra has been honoured for her contribution to the entertainment industry by Create & Cultivate, a US-based online platform and offline conference for women looking to establish and prosper in the career of their dreams.

She is among the honourees of Create & Cultivate’s 100 List, which honours successful and inspirational women who are “driven to #FindNewRoads by disrupting industries and smashing glass ceilings” across 10 different categories, reports Indiawest.com, and international web portal.

Priyanka is among the ten honourees in the entertainment category.

In an interview with Create & Cultivate, when Priyanka was asked to recall the hardest professional decision she ever had to make and how she got through it as well as what she learned in the process, the actress said: “Every few years I’ve found I am faced with a hard decision that is imperative to make and critical to my career. It comes in waves. The big one I can remember is the decision to work in Hollywood, while still having a thriving and very relevant career in India”.

“In hindsight, I am glad I took the leap and that it paid off, but at the time it was a huge risk. What I learned in the process is that if you don’t take chances, if you don’t push yourself to do things that make you uncomfortable, you never evolve—and for me, evolution is important in my personal and professional life… ultimately it’s what allows you to define your own road", she added.

Talking about how she deals with hurdles in her career, Priyanka said that she has always believed in acknowledging a failure and coming to terms with it, thereby helping you move forward.

“Then it doesn’t come back to haunt you or cause self-doubt later. Also, I have always believed in exploring all aspects of my creative self, which is why I am always pushing myself to explore new areas and try my hand at it. I never say I can’t do something until I’ve tried it. In the world we live in today, and the immense amount of opportunities out there, it’s important to remember that it’s not a single lane of traffic but an eight-lane highway to an endless world of opportunities”, she said.

Priyanka, who is married to American singer Nick Jonas, also owns the Purple Pebble Pictures production company, which gives a voice to young and creative storytellers. She is also in the final negotiations of working in "Matrix 4".