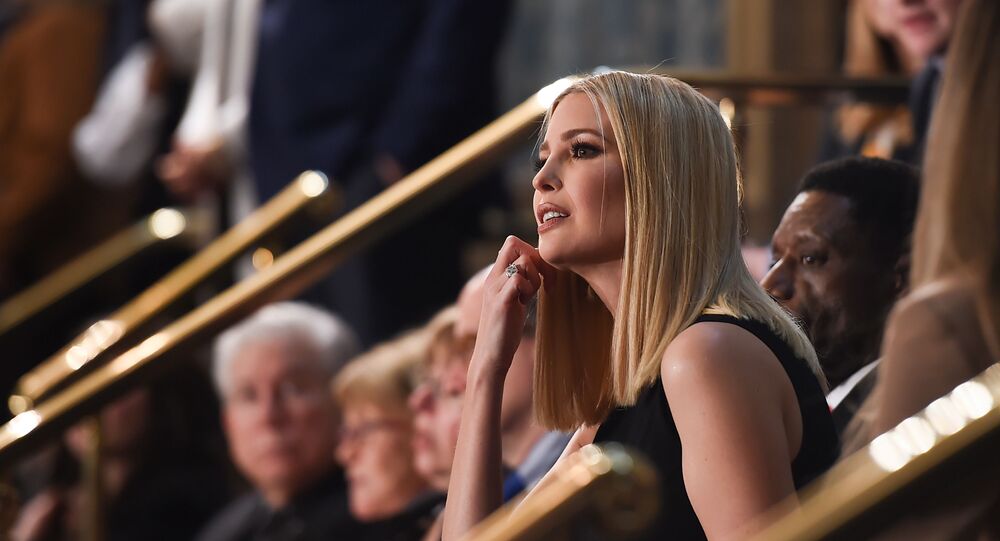 In the 2016 US presidential election, Donald Trump lost to Hillary Clinton in New Hampshire by a 0.4% margin but this did not stop him from assuming office. As the US president is set to start his re-election campaign, his daughter and White House adviser Ivanka Trump shared some good memories from time spent in New Hampshire.

Ahead of the US presidential primary in New Hampshire on 11 February, Donald Trump’s senior adviser and eldest daughter Ivanka Trump has tweeted several photos recalling a family reunion during the state’s Republican primary back in 2016, with the caption “this time in 2016 in New Hampshire”.

This time in 2016 in New Hampshire... #primaries pic.twitter.com/lThHqmyBDM

Ivanka’s post featured several pictures, including one with the US president’s supporters, a cute photo with her husband Jared Kushner and two shots depicting the whole family. In the first joint photo Ivanka was seen surrounded by her husband, brothers Donald Trump Jr and Eric Trump, as well as their wives Vanessa and Lara Trump respectively. Another pic was taken in a more formal setting, with the family joined by the New Hampshire GOP primary winner Donald Trump and future First Lady Melania.

Not all of Ivanka’s followers were ready to share her nostalgic mood, as many netizens also pointed out that a lot has changed since then, including Donald Trump Jr’s divorce from his wife of 13 years Vanessa Trump back in 2018.

The #TrumpCrimeFamily out at dinner. Wow...

Other social media users also reminded Ivanka that New Hampshire did not turn out to be the most successful state for her father during the presidential election, as Hillary Clinton won the state in 2016, although by a tiny margin. Some even suggested that the Trump family should not be looking forward to the 2020 vote with the same optimism, while others argued that the former businesswoman should also run for the most prestigious office in the US.

You lost New Hampshire in the general election. In fact, you lost the popular vote by almost 3 million votes.
We’d be in a better place were it not for an antiquated electoral college allowing losing candidates to steal elections & become corrupt vindictive impeached presidents.

Donald Trump’s second child and eldest daughter Ivanka Trump has been under increased scrutiny since stepping into the role as senior adviser to the president back in 2017, with some suggesting the she lacked the necessary experience for the position.

© REUTERS / DENIS BALIBOUSE
'Why Are You There, Princess?': Ivanka Trump Bashed Online Over Her Actions at Davos Forum
The same shots have often been fired towards her husband and presidential adviser Jared Kushner, one of the architects of Donald Trump’s peace plan for the Israeli-Palestinian conflict, controversially dubbed the “deal of the century”.

New Hampshire is set to host the second event in the 2020 primary calendar on 11 February, which will be closely scrutinised by American voters, following a scandal over a delay in the Democratic Party’s results and uncertainty surrounding the recent Iowa Caucus.