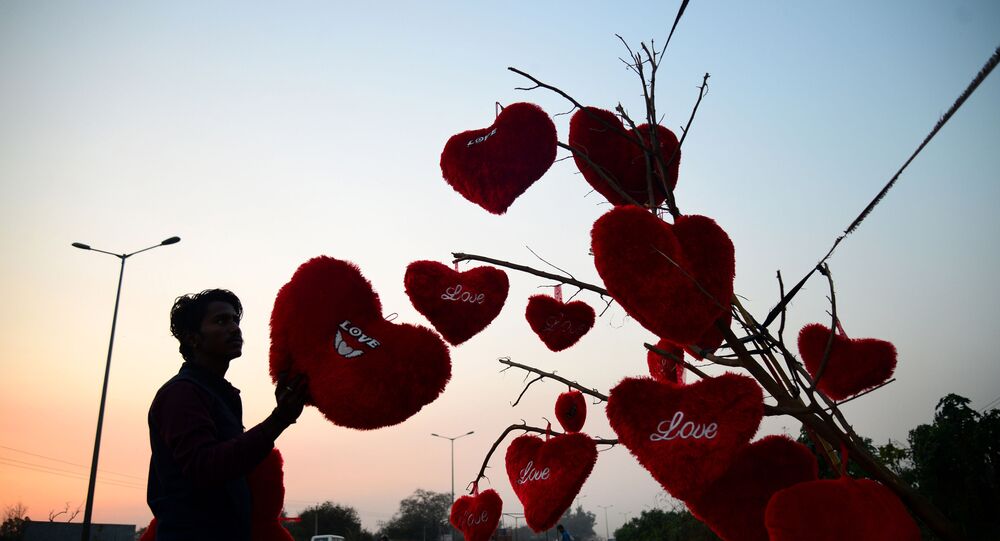 With Valentine’s Day just a few days away, netizens are sharing memes and jokes about couples trying to hide from members of the Hindu organisation Bajrang Dal.

While couples indulging in public displays of affection are normal for people in most parts of the world, in India, the whole celebration of Valentine’s Day has been deemed foreign by Bajrang Dal.

Every year, members of Dal either beat up couples hanging out in public or marry them off on Valentine's Day.

This valentine dont be alone
Be with some one who cares
Join bajrang dal today pic.twitter.com/BYtMcwrlQA

Whenever bajrang dal see the couples on valentine's day they be Like:~ pic.twitter.com/WCgV9LKaPl

Bajrang Dal has announced it will not tolerate any "indecent behaviour" by anyone who follows foreign culture on Valentine's Day. They will try to halt the behaviour of youth who go around in parks and pubs in the name of love, the organisation has warned.

They will explain the greatness of "swadeshi" culture to youth who behave in a manner that brings shame to their parents and also insult Indian values and traditions in the process, Dal said in a statement.

Bajrang Dal, set-up for the "Hindu awakening", is the youth wing of Vishva Hindu Parishad (VHP), which claims to rejuvenate Hindu society.