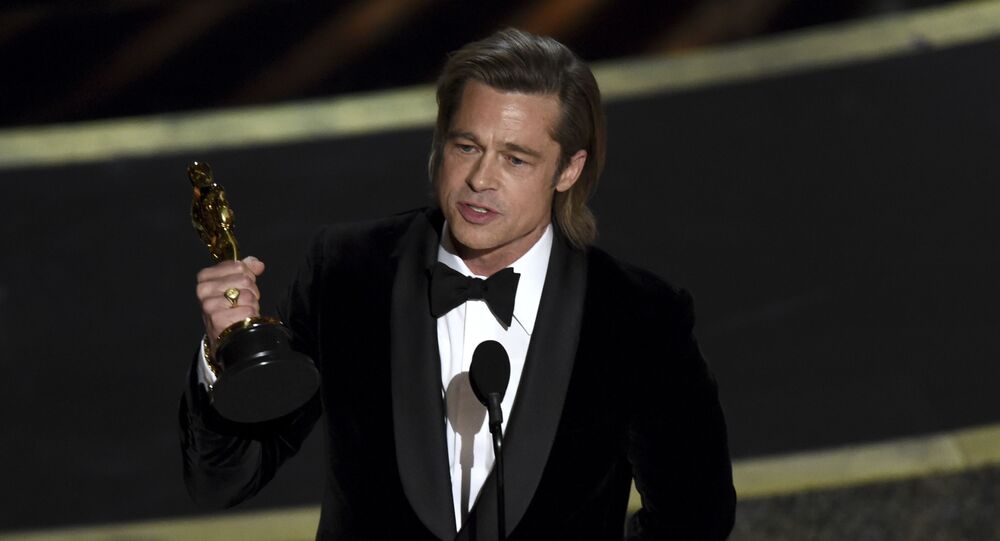 The movie icon won the Best Supporting Actor Oscar for his role in Quentin Tarantino’s Once Upon a Time in Hollywood, paying tribute to the director, Hollywood’s stunt community, and, most importantly, his children.

Pitt opened his speech with a political remark, noting that he only had 45 seconds to deliver his speech, which is “45 seconds more than the Senate gave John Bolton this week,” noting that Tarantino should make a movie about Trump’s impeachment trial.

He once more thanked Tarantino, calling him “one of a kind,” as well as costar Leonardo DiCaprio (“I’ll ride on your coattails any day, man”), and made a passionate plea for the Academy to “give a little love to our stunt coordinators and our stunt crews,” noting that Oscars still doesn’t have a stunt category. Pitt played Cliff Booth in Once Upon a Time in Hollywood.

He closed out his speech by dedicating the win to his children: “This is for my kids, who color everything I do. I adore you,” with his voice cracking.

This is Pitt’s second Oscar win, but his first statuette specifically for acting. He won an Oscar in 2014 for producing the drama 12 Years a Slave, which also won the 2014 best picture. At this year’s Oscars, Pitt was nominated in the best-supporting-actor category against Al Pacino (The Irishman), Joe Pesci (The Irishman), Anthony Hopkins (The Two Popes), and Tom Hanks (A Beautiful Day in the Neighborhood), with each of his competitors already having won at least one Oscar.