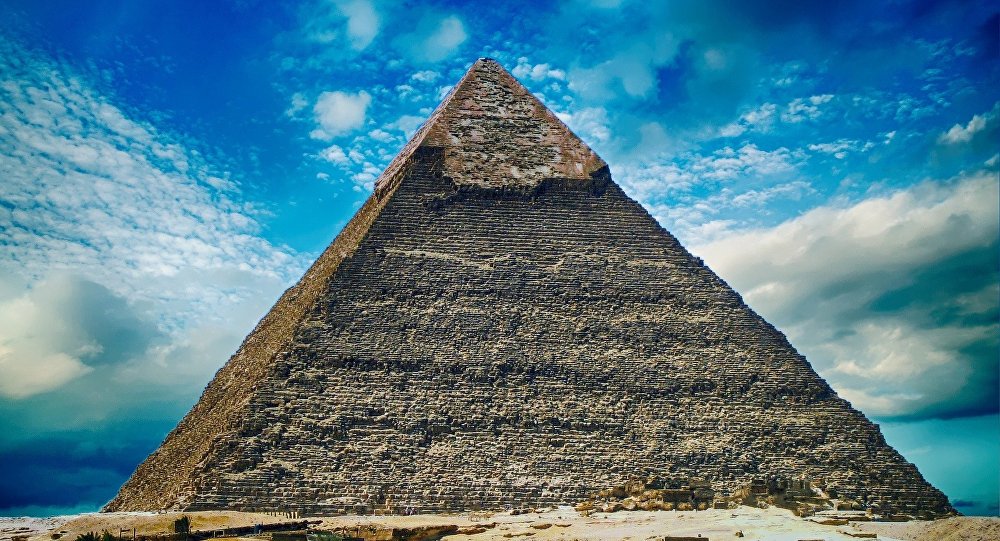 Matthew Sibson, who runs the YouTube channel “Ancient Architects,” has come to the conclusion that the history of one of the greatest works by ancient architects, located in the Egyptian desert, is more difficult to establish than historians have suggested for decades.

The Great Pyramid of Giza, thought to be built during the Fourth Dynasty of the Old Kingdom in 2,560 BC for the Pharaoh Khufu, was smaller when it was first constructed, historian Matthew Sibson behind the YouTube channel “Ancient Architects” suggested. According to the Egyptology fan, the current consideration about its age might be wrong, as well.

“Maybe we’ve all got the age of the Giza Pyramids completely wrong and the reason they are so perfect is that they were the latest to be built and not the earliest. I’ve previously raised the possibility that the Great Pyramid could actually be a state period rebuild,” he said, as cited by the Daily Express.

He claimed that the Giza witnessed “tremendous rebuilding work in both the 18th and 26th Dynasty.” He admitted that this suggested that the Great Pyramid was enlarged seems crazy, and therefore it was rarely discussed. But, according to him, some peculiarities could confirm his theory.

“But unlike the Sphinx, the Great Pyramid does not show extreme signs of weathering and although radiocarbon dating does sometimes give dates hundreds of years older than the official age, there are none for thousands of years,” he said.

According to Sibson, worship of the Pharaoh Khufu could have persisted for as many as 2,000 years after he had died. Therefore, signs of honouring him could be kept during a later renovation. Meanwhile, the majestic creations were not depicted in any art before the 18th Dynasty, as he said.

“The Great Pyramid is a structure that is clearly riddled with anomalies, and what people don’t know is that the court of Khufu was huge and it lived on way after his death, through the Middle and the New Kingdom, and all the way up to the 26th Dynasty and beyond,” Sibson claimed, adding that “they may have been built far later in history to pay homage to Khufu.”

The historian also offered what he thinks is evidence of his claim. According to him, it comes from the so-called Queen’s Chamber – the space at the bottom of the pyramid, which he claims to have been an original construction. As Sibson suggests, the larger pyramid was built on this foundation. Numerous anomalies are said to point to it, namely a secondary so-called burial chamber, the lack of the original floor and of the sarcophagus, as well as the closed-up airshafts.

© CC BY-SA 3.0 / Kurohito / Meidum pyramid
What ‘Lifelike’ Discovery in Ancient Pyramid Left Archaeologists ‘Terrified’?
“Maybe the Queens Chamber was part of a smaller structure, which was enlarged into the Great Pyramid. We know that there are many sand-filled cavities around the Queen’s Chamber, which may have been used to fill gaps to create a more solid structure,” Sibson suggested.

His assumption remains, however, a theory without any substantial evidence.