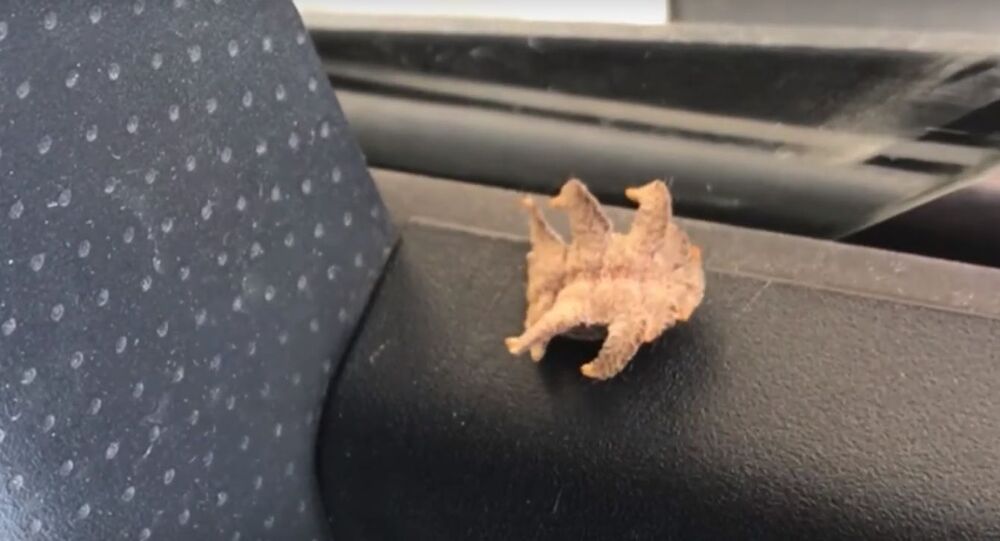 The mysterious six-legged creature covered with "hair" and resembling the creature from the science fiction film "Alien" got into a car and scared the driver.

The find was made by Tommy Hortman of South Carolina, who shared a video of the bizarre creature on social media, according to The Daily Mail.

“It regarded alien, like a claymation go between a squid and a lobster,” Hortman said.

“It was slow and lumbering. I had no idea what it was,” he added.

According to experts, the man was lucky that the creature did not bite him.

Eric Day, an entomologist at Virginia Tech University, noted that the sting of the creature, which he identified as a caterpillar, would leave a rash and irritate the skin.