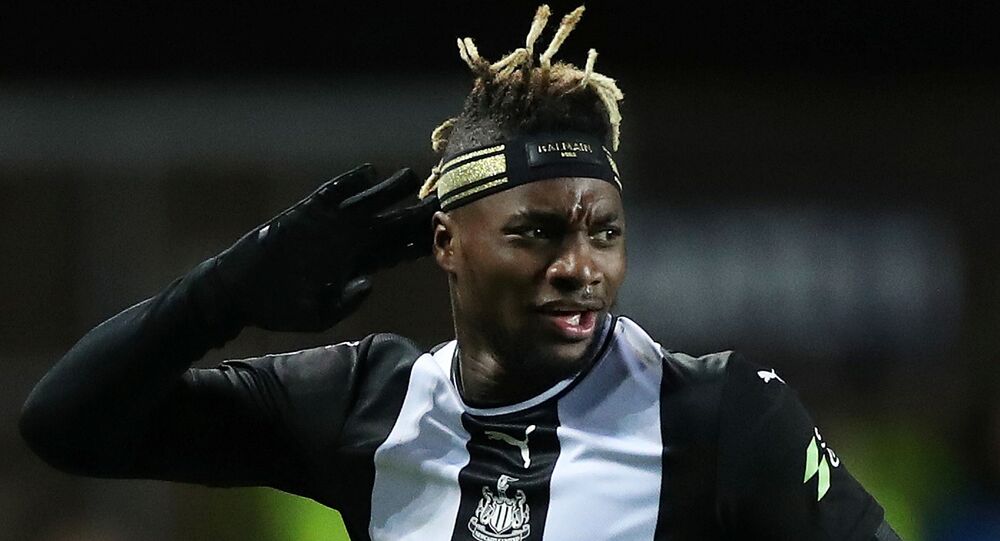 While the footballer apparently did not see the fan brandish his wiener, he soon became aware of the situation when a video of this incident went viral, and proceeded to amuse the online crowd with his response.

French footballer and Newcastle United FC winger Allan Saint-Maximin recently managed to cause quite a stir on social media when he commented on a certain indecent incident that occurred during a recent game with Oxford United.

According to the Daily Star, when the footballer scored the winning goal during the second half in extra time and fans started celebrating this feat, one man apparently decided to take things up a notch and proceeded to whip out his male member for everyone to see.

While Saint-Maximin didn’t actually observe the scene, as the newspaper points out, he became aware of it when a video of the episode went viral, and branded the man’s antics a “helicopter celebration”.

Me after seeing the helicopter celebration 🚁 🚁🚁 pic.twitter.com/PU1PYRJuL4

​A number of social media users seemed amused by the comparison made by Allan, responding with “helicopter jokes” of their own.

Me after you hit that strike pic.twitter.com/QWiuphYtkJ

Lmaooooo ASM one of the greatest personalities in the league. Prove me wrong.

And there were also those who, perhaps jokingly, suggested when the footballer should probably perform a similar stunt.