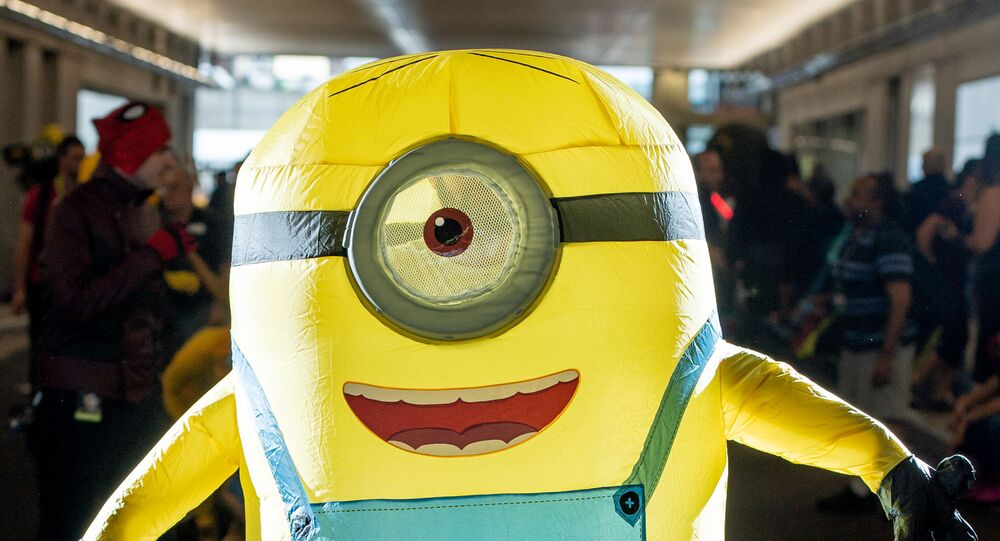 Although the newborn puppy was born with a scary-looking deformity, it immediately became the favourite of a village in Thailand where locals took this innate peculiarity as a good sign. The lucky dog was named Kevin for his resemblance to the cartoonish Minions, who also had one eye.

A "Cyclops" puppy, dubbed so because he was born with one eye, has been spared trouble and ended up in a caring family in Chachoengsao, Thailand, The Daily Star reports. Apart from this deformity, the mutt, who appeared in a litter of two, is said to be fit and healthy. Whether the puppy will be able to see, it is too early to say as a dog’s sight develops fully within two months.

The owners of its mother have decided to keep and raise the creature and even pledged to bottle-feed the pup, who has difficulties with breastfeeding. So far, its mother dog and its newborn are both healthy. It was named Kevin after the cartoon character Minion from Despicable Me, who also had one eye.

"We are wishing that the puppy survives, even though it has a deformity. We want to keep him as a pet until he grows up. Everybody has been amazed by him and saying that it is lucky sign. People said that he looks like the yellow cartoon character with one eye, so we can nicknamed him after that,” 45-year-old owner Somjai Phummaman said.

As the outlet reports, the birth of a “Cyclops” puppy has been taken as good sign by villagers as some believe it could bring good luck. The day he was born is even used as a lucky lottery number.
...
Reddit
Google+
Blogger
Pinterest
StumbleUpon
Telegram
WhatsApp
0 0