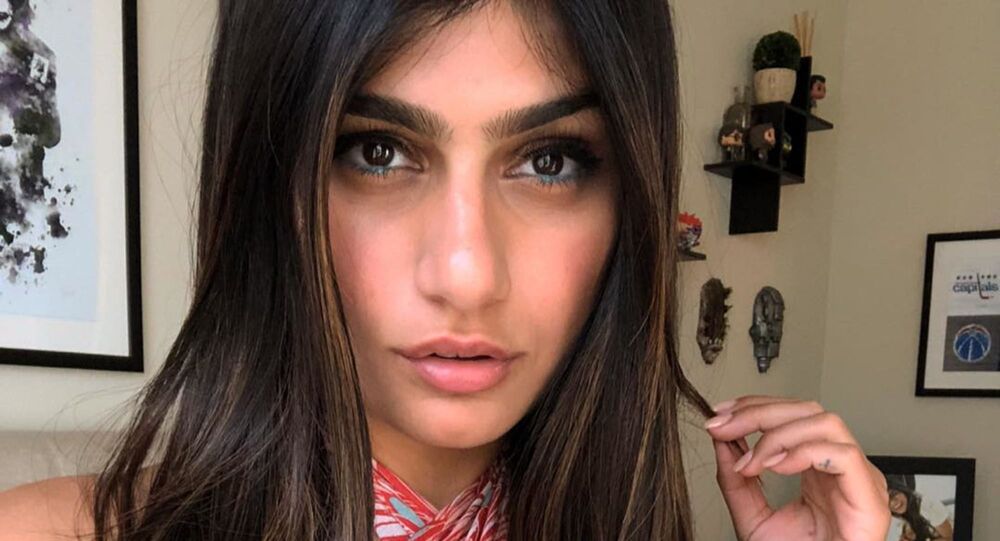 “OK, so there are dollar dancers going on at halftime at Saphire. I can’t show you the other side of the camera because there are a lot of t***es out right now”, she joked.

However, she did not stop at this and continued her broadcast with an impromptu interview of her husband-to-be Robert Sandberg, revealing that he was rooting for the 49ers in the NFL Super Bowl. His remark was followed by Khalifa’s joke, calling the team from San Francisco the 69ers.

© REUTERS / SHANNON STAPLETON
Kansas City Chiefs Clinch Super Bowl 54 With Dramatic 31-20 Win Over SF 49ers, Claim Lombardi Trophy
Khalifa, who went to Las Vegas to watch one of the most-anticipated sporting events with her friends, posted the clip minutes before the Kansas City Chiefs defeated the 5-time champion 49ers to snatch the Super Bowl in a dramatic 31-20 win.

The team claimed their first Lombardi trophy in 50 years since beating the Minnesota Vikings in Super Bowl IV in 1970 in New Orleans, Louisiana.

‘We Are Not in Kansas Anymore’? Netizens Baffled After Donald Trump Makes a Gaffe About Super Bowl