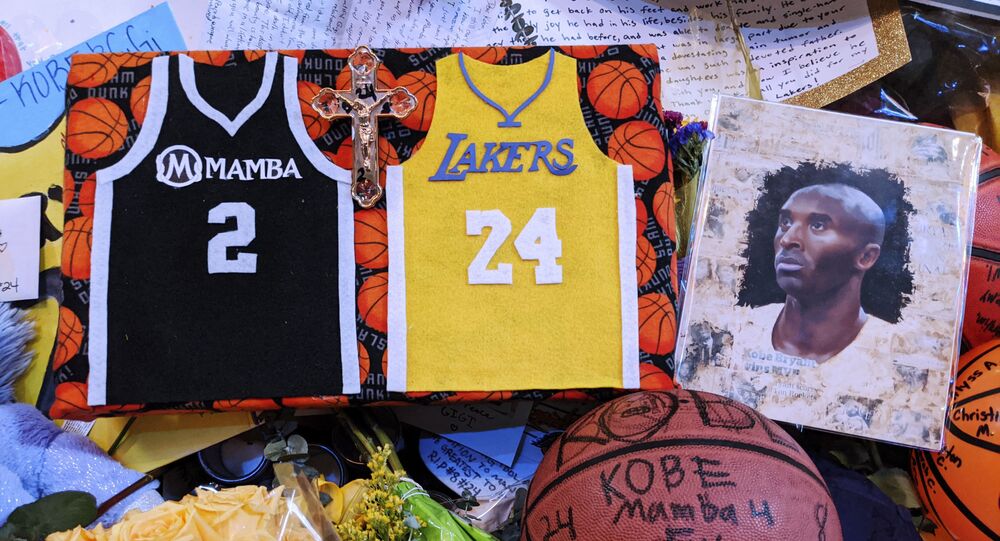 A helicopter crash on 26 January that killed American NBA legend Kobe Bryant and his 13-year-old daughter Gianna provoked genuine mourning around the globe. However, some public figures also rushed to recall some of the basketball player’s previous wrongdoings.

Four days after a deadly helicopter crash that killed the 41-year-old legend and his teenage daughter, the Disney heiress resorted to social media to recall Bryant’s 2003 rape allegations, while insisting that the basketball player “was not a god” and thus should not be deified.

“First of all, yes, it IS my business because I'm a woman who has herself been assaulted and spent my life knowing, loving and feeling for women for whom it's been so much worse”, the filmmaker said at the start of her Twitter thread.

“I mourn Kobe too. He went on to be a man who seemed genuinely to want to do good”, she continued. “The face [sic] that he raped someone does not change any of these other facts. A person can, in one lifetime, do both good and bad. We all do, in fact, even the sanctimonious folks on Twitter”.

Disney then went on to compare Bryant’s response to the rape allegations to the behaviour of a “drunk driver”.

When a drunk driver kills someone, does his lack of intention absolve him of responsibility for the death? If he said he wasn't that drunk or didn't know he was drunk, or didn't mean to kill the person, or is really really really sorry, does any of this absolve him? 8/

​Her remarks provoked a strong backlash from social media users who called upon the filmmaker and activist to avoid defiling the athlete’s memory so shortly after the tragedy.

Listen.. Abby, nobody said Kobe was a God. There is only ONE GOD. People loved and admired Kobe for is kindness, his commitment, skills his love of playing the game of basketball. These people were loved him for who he is.

If you feel terrible then your actions have to show compassion. Hurt people hurt people. Timing is everything. Sorry for your assault. Many women including have been sexually assaulted but right now is not the time to add more hurt to a family. It’s not right.

Since you're being sell righteous. How about exposing the Disney dynasty skeletons with numerous tweets also. Kobe had his faults and was not a God 🙏🏿. He was one of 9 people who died 1 week ago today, 3 of them, beautiful up and coming "Female Basketball Players" #RIPALL 🌻🌻🌻

In 2003, a 19-year-old hotel worker accused the Los Angeles Lakers star of sexually assaulting her during his hotel stay in Eagle, Colorado where she was working as a concierge.

Bryant, who has been married to Vanessa Laine, now Bryant, since 2001, publicly admitted committing adultery but maintained that the sexual act was consensual. The woman refused to testify in court and all the criminal charges were dropped in the end, with the case later settled in civil court.

The basketball star issued a public apology to his alleged victim following the dismissal of the criminal charges.

“First, I want to apologize directly to the young woman involved in this incident. I want to apologize to her for my behavior that night and for the consequences she has suffered in the past year. Although this year has been incredibly difficult for me personally, I can only imagine the pain she has had to endure”, Bryant stated in 2003.

“Although I truly believe this encounter between us was consensual, I recognize now that she did not and does not view this incident the same way I did”, he maintained. Bryant was also visibly supported by his wife throughout the whole scandal, who appeared alongside her unfaithful husband during the press conference devoted to the issue.

Kobe Bryant retired from basketball in 2016, spending his entire career with the Los Angeles Lakers. He tragically died in a helicopter crash in the city of Calabasas in California on 26 January that claimed the lives of eight other people, including his 13-year-old daughter Gianna Maria-Onore.