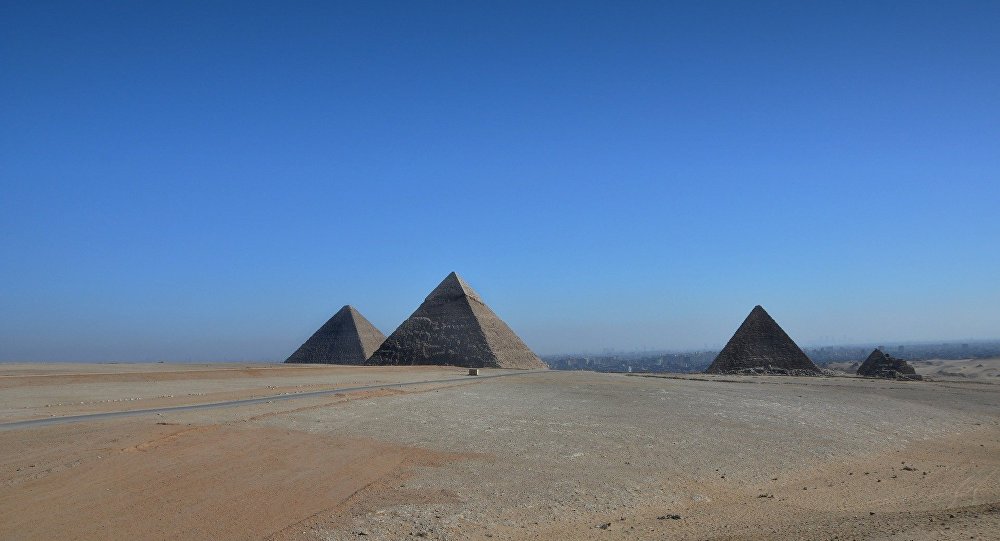 One of the seven wonders of the world, the great pyramid of Egypt has mesmerised researchers and archeologists for centuries. The magnificent building in the African desert is the final resting place for several rulers of this ancient realm but, as civilisation expert Matthew Sibson believes, it might have been built for a different reason.

Historian Matthew Sibson, a researcher of ancient civilisations, suggests that the Great Pyramid of Giza was constructed as a giant water pump, not a tomb, The Daily Star reports. The expert came to the conclusion on the back of Greek historian Herodotus' account about the two "lost pyramids" of the man-made Lake Moeris, of which little is known.

According to Sibson, locals at the time told Herodotus, who briefly visited Egypt in 490BCE, that there were two giant structures covered by water.

"Herodotus states that the lake itself is 50 fathoms deep, which is approximately 300 feet. The pyramids, he records, were central in the lake and were one hundred furlongs, or six hundred feet, high, with half of them submerged in the water,” the expert suggested on the Ancient Architects YouTube channel.

According to Sibson, this backs his claims about the connection between the pyramids and water.

Sibson asserts that, apart from the Great Pyramid, tombs in other such constructions were reached by descending into the structure. Thus, if the Lake Moeris pyramids “followed this general trend, they may well have been flooded for six months of every year, which is certainly peculiar." The historian points out that Lake Moeris is considered to have been a reservoir for the Giza Plateau, gathering water by the Great Pyramid, suggesting that it was a giant pump.

© CC0
Team Sheds Light on Discovery of Tool Ancient Egyptians Used to Build Great Pyramids of Giza
To avoid submerging the structure's perimeter, a wall was geared with a well shaft, allowing the area between the pyramid and the wall to be filled with water.

"This water could not have come from the Nile, as the river is lower than the Giza Plateau, but Lake Moeris is higher than Giza, and many researchers strongly believe the lake is Giza's water source. But to reach there, at a distance of 80 kilometres, surely a pump would be needed," he theorised.