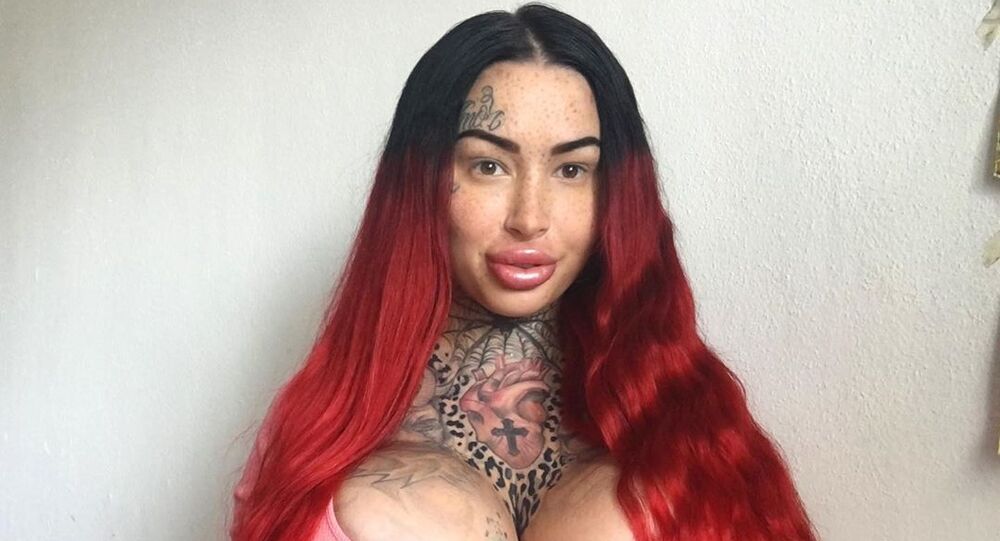 ‘People Are Disgusting’: Woman Aiming for ‘Fattest Vagina in the World’ Slams Haters

A Canadian dancer and fetish model, who has earlier undergone dozens of plastic surgeries, recently published several childhood photos, prompting a new wave of criticism and speculation about what she could have looked like if it were not for her dream – to achieve the world “fattest vagina”.

A model from Toronto who goes by the name Mary Magdalene and earlier announced that she was aiming to get the “fattest vagina in the world”, has responded to a “hater” who wondered why having such a surgically modified body had not prompted the Canadian woman to commit suicide.

On Friday, the model posted a screenshot from an Instagram story of a user named “bella.bandz21” that featured a photo of Magdalene and a caption reading “I wonder why she ain’t kill herself” while being “trapped” in a body like that. The model became furious with people for slamming her in that way, calling her haters “disgusting”.

Mary Magdalene, who is in her mid-twenties, made headlines a few years ago after it was revealed that she had spent hundreds of thousands of dollars on plastic surgeries, boob jobs, and butt implants.

Since then, the model and dancer has continued her quest for what she sees as a “perfect” body, injecting dozens of fillers into her face and lips while also infusing her female genitalia with fat –something that she argued had significantly improved her sex life.

“I feel more confident naked, and I love showing it off in clothes”, the model said in December. “My favourite type of cleavage now is my camel toe”.

Several days ago, Magdalene also posted some childhood photos of herself, claiming that she was a “tomboy” and had “had always felt like a man” when she was growing up, leaving netizens guessing what her appearance might have looked like if she had not undergone such profound modifications.

“I rather be full of plastic than full of [poo emoji]”, Magdalene’s Instagram page reads. And we know she’s not lying.