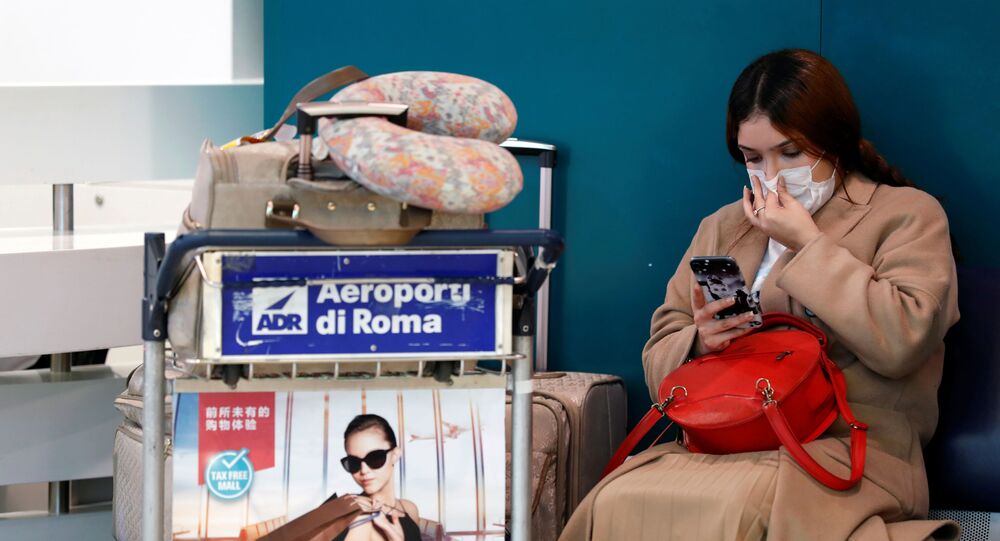 The popular blog’s readership has been left in the dark of late as to whether its suspension is indeed linked to a recent story speculating on the possible origins of the coronavirus flare-ups all across Central China and neighbouring countries.

The widely-read right-wing news blog ZeroHedge, boasting as many as over 673,000 subscribers, has been suspended from Twitter, with no grounds for the move explicitly provided on behalf of the social network.

The website, though, later said it received a notice stating it had engaged in “abuse or harassment".

ZeroHedge’s last tweet, prior to suspension, contained a reference to a paper by Indian researchers pointing to alleged striking similarities between the coronavirus raging in China’s Hubei and well beyond, and HIV.

According to my cached newsfeed, this was their last tweet (excluding replies) prior to the suspension. pic.twitter.com/mfdBht4lpq

The whole paper has been portrayed by internet researcher Christopher Torres Lugo as “conspiracy theories claiming that 2019-nCoV is a bioweapon".

A couple of hours before the suspension, BuzzFeed published a story accusing ZeroHedge, who it brands as “a popular pro-Trump website”, of revealing personal information about a scientist from Wuhan, China and “falsely accusing them of creating the coronavirus as a bioweapon".

Doxxing is indeed considered to be a violation of Twitter rules, though no specification is given as to what exact data has been unlawfully released.

I think this might be the article @zerohedge got banned for posting. Just checking for a friend. Whatever you do, don't post it independently (so it stays alive if I get banned). It would be a shame if it blanketed Twitter...https://t.co/B5AmeM1Xhl

BuzzFeed, which had earlier published the controversial Steele Dossier with never confirmed compromising allegations about then-President-elect Donald Trump, was outraged by the “rumours and lies” it said ZeroHedge posted about the origins and peculiarities of the deadly coronavirus.

One of its most recent publications featured researchers’ reactions to the Indian virologists’ paper and their “unlikely fortuitous” comparison of the novel virus with HIV - central to ZeroHedge's said report.

.@Twitter has suspended @zerohedge for reporting on the news.

Guess who made it happen?

A catblog posing as a news outlet, the same one that brought us such hoaxes as, the dossier, Kavanaugh, Covington, and Ukraine!@buzzfeed is steaming pile of excrement.

ZeroHedge promptly weighed in on the suspension expressing rage about referring to a proper in-depth journalistic approach as “abuse:”

“Are we then to understand that we have now reached a point the mere gathering of information, which our colleagues in the media may want to eventually do as thousands of people are afflicted daily by the Coronavirus, is now synonymous with 'abuse and harassment'?” the news blog queried, before replying bitterly:

“According to Twitter, and certainly our competitors in the media, the answer is yes".

WHAT?! Major independent news outlet has been suspended from Twitter?

I rely on @zerohedge for market and international data points I cannot get from any other outlet. I'm contacting their team to find out what happened.#FreeZeroHedge #FreeNews pic.twitter.com/VA7hLzlXSb

Similar reactions, to the one above, have flooded Twitter:

I'm a Zero Hedge contributor, not a staffer, so I don't know anything about the inner workings, but this is a dark day.

I could be the next one banned or it could be you.

The 2019-nCoV, which was first registered in the Chinese province of Hubei in late December, gained momentum right ahead of the Chinese New Year, which the authorities ruled would last longer this year to slow down the spread of the infection.

The disease causes a severe respiratory infection and pneumonia in particular, the immune response and vaccines against which are currently being looked into by the scientific community, and has so far affected almost 11,000 people across the world, leading to over 250 deaths in China.

Death Toll From New Coronavirus in China Rises to 259 - Authorities