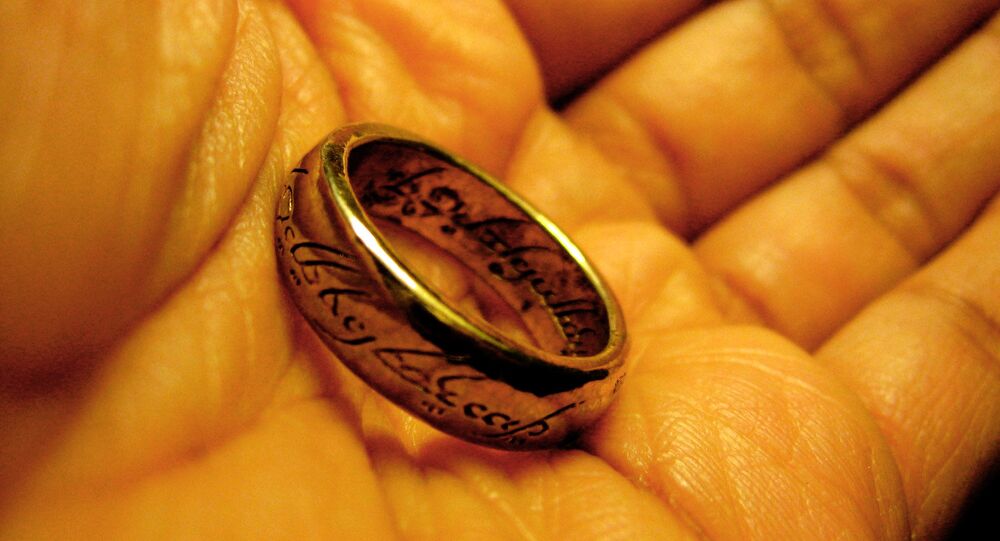 It began with the forging of the Great Rings. Three were given to the Elves, seven to the Dwarf-Lords, and nine rings were gifted to the race of Men. Deep in the Fires of Mount Doom, the Dark Lord Sauron forged a master ring, and into this ring he poured his cruelty, his malice and his will to dominate all life. One ring to rule them all.

It then came to the creature Gollum, who took it deep into the tunnels of the Misty Mountains. For five hundred years it poisoned his mind. Rumour grew of a shadow in the East, whispers of a nameless fear, and the Ring of Power perceived its time had come.

It abandoned Gollum, but then something happened that the Ring did not intend. It was picked up by the most unlikely creature imaginable: a Yorkshire policeman.

North Yorkshire Police on Wednesday said they discovered a “distinctive silver ring” among stolen property from a house burglary and are trying to return it to the rightful owner.

Photos they posted to Facebook show the find is similar to the One Ring from the Lord of the Rings fantasy film series and has distinct engravings in Black Speech, a fictitious language used in the land of Mordor, translated as: “One ring to rule them all, one ring to find them, one ring to bring them all and in the darkness bind them.”

The cops appeared unaware of the reference. “As it is such a distinctive piece of jewellery, we’re hoping that someone will recognise the markings and be able to tell us who it rightfully belongs to, as I’m sure someone, somewhere is missing it,” Detective Constable Pete Wilson said in a statement.

The post has gone viral, garnering over 29,000 comments and 38,000 shares in two days. Although some commenters really tried to help, most came up with all sorts of Lord of the Rings puns and jokes.

“I will help you bear this burden North Yorkshire Police,” one person wrote. “For as long as it is yours to bear.”

Another joked: “That truly is a precious ring. Sadly, I wouldn’t translate that. It’s in the black tongue of Mordor and isn’t very nice. Best off throwing it into a river or mountain volcano or something. If unclaimed can I challenge you guys to riddles for it? I have a buyer with their EYE on it.”

One commenter went on to mimic the language of Gollum: “Police comments on this thread tomorrow: ‘wez has decided to keeps it, and why not, we deserves it, she is precious to us’”.

“The Ring passed to the North Yorkshire Police, who had this one chance to destroy evil forever. But the hearts of Men are easily corrupted. And the Ring of Power has a will of its own,” still another person said.

And there was a suggestion to conduct “Mordor to door enquiries” as well.

North Yorkshire Police recognised the blunder and admitted that they have to “brush up” on their movie knowledge. The search for the Lord of the Ring continued.