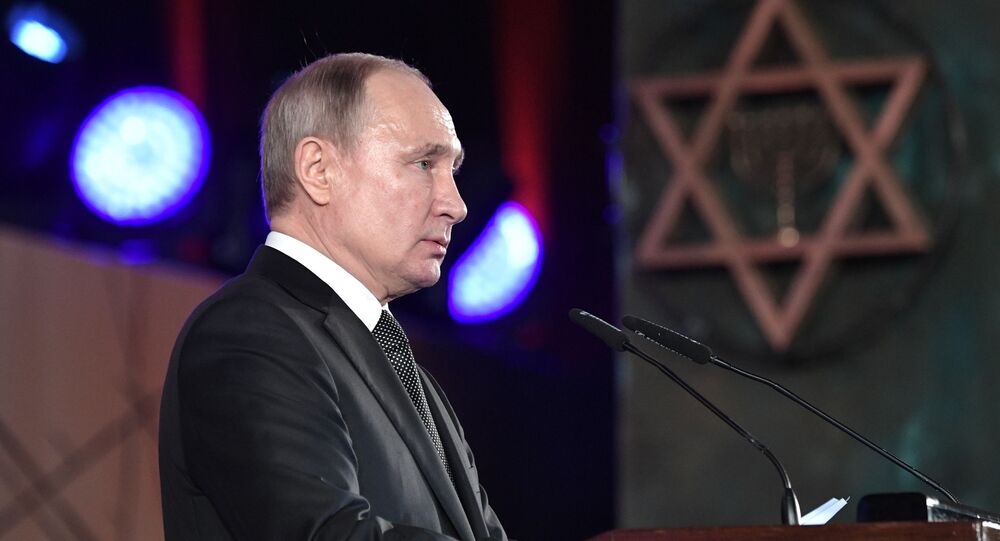 The Russian president went to Jerusalem earlier this week to join dozens of other gathered leaders at a Holocaust commemoration event. During his journey, he met Israel’s Prime Minister Benjamin Netanyahu and President Reuven Rivlin.

A photo of Russian President Vladimir Putin with soldiers of the Israeli elite forces, who guarded his motorcade during the visit to Jerusalem, has been posted by a Russian journalist from Kremlin’s pool. As reporter Dmitry Smirnov, who has accompanied the Russian commander-in-chief during numerous trips abroad, noted in the caption, this is a traditional photo.

​According to him, this is the president’s trademark gesture of courtesy. At the end of 2019, Smirnov shared a similar snap of Putin, standing with commandos from Brazil, during his visit there and the caption: “A photo to remember.”

Instagram/_inaama
Israeli Detained in Russia for Drug Trafficking Pleads Pardon From President Putin
Although his visit lasted just one day, Vladimir Putin not only took part in the World Holocaust Forum, where he delivered a speech, but also had meetings with Israel’s Prime Minister Benjamin Netanyahu and President Reuven Rivlin. He also travelled to the city of Bethlehem in the West Bank, where he talked to President of the Palestinian National Authority Mahmoud Abbas about the latest developments in the Middle East, as well as economic and political cooperation.
...
Reddit
Google+
Blogger
Pinterest
StumbleUpon
Telegram
WhatsApp
6378