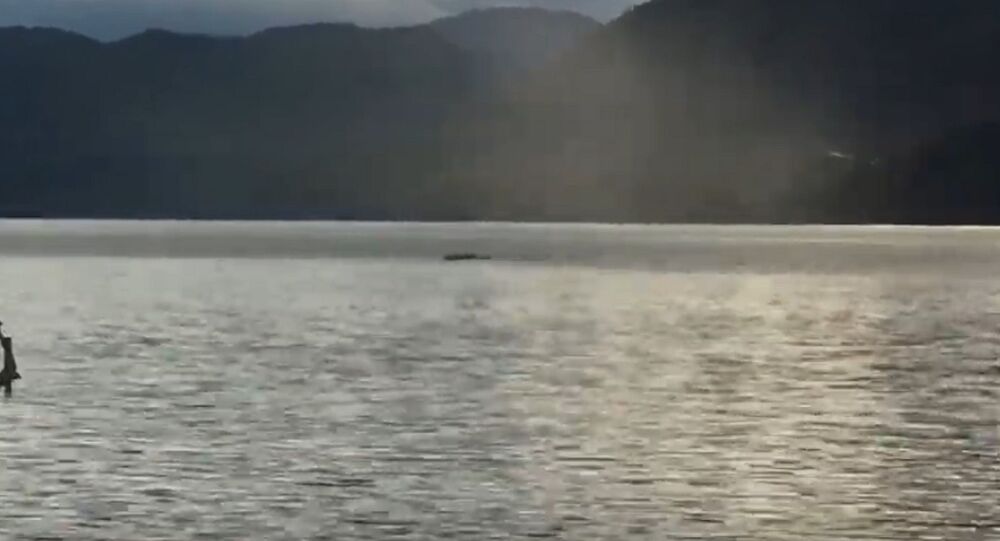 Ogopogo, a mysterious creature was allegedly seen for the first time in the 19th century. Since then, the giant beast has been spotted several times. Witnesses describe a long serpentine creature with spikes that is about two metres in diameter and has a goat or a horse-like head.

A dad and a son claim they filmed an ancient monster called Ogopogo, while fishing in the town of Kelown in British Columbia, Canada. Blake Neudorf was filming the lake when his father noticed a black long figure slowly moving in the water. The stunned pair then started debating what the enigmatic object might be.

Blake Neudorf said the figure on the video, which he said was about 18 metres long, looks like it is located close when in fact it was a few hundred yards off shore. He said that he and his father jumped into a truck and went straight where the creature was heading, but when they got there the lake monster had disappeared.

The encounter itself happened on 10 July 2018, but Blake only decided to upload the video recently. The footage was uploaded on Disclose Screen channel "The Grimreefar" dedicated to UFO sightings and strange videos and was praised by many viewers. “This is history in the making, a cryptic video that’s actually clear. Thanks”, wrote one user. Some people suggested that the sighting could be from the wake of a boat, but Blake Neudorf dismissed this idea saying there were no boats in the area at that time.