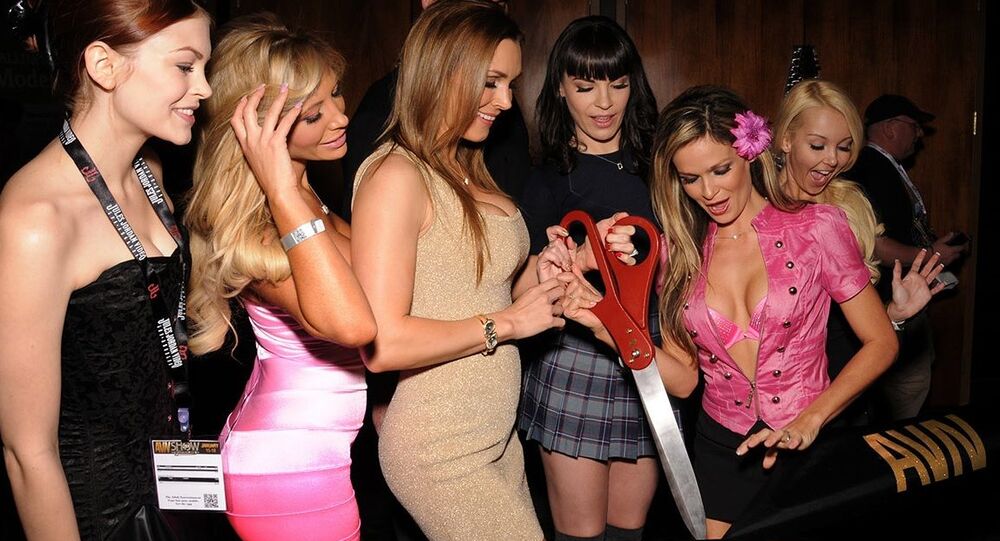 Love-Droids, Claimed to Be Nearly ‘Identical to Humans’, Ready to Wow Guests at Major Sexpo

The AVN Adult Entertainment Expo in Las Vegas is treating its guests to all kinds of toys and devices to satisfy their urges, including “human-like” sex-robots described as futuristic and almost indistinguishable from real people.

One top-notch offering that gives attendees a peek into the future of sex is said to be a love-droid from the industry’s biggest name, the company RealDoll. The Californian firm has brought what is described as arguably its most famous sex robot: Harmony.

​The love-bot is not only equipped with self-lubricating privates, but also has a human-like head attached, so the robot can now talk, entertain, and even return to topics of previous conversations – all with a Scottish accent (for some reason). The robot, which entered the spotlight in 2016, was under development for several years before hitting shelves in 2019, The Sun reports. However, the AI-powered miracle has already been shipped to hundreds of people.

The electronic girlfriend is built by a RealDoll subdivision, the tech firm Realbotix. The mother company’s founder, Matt McMullen, has earlier insisted that their creations are near-identical to humans.

Whether this is true or not, visitors of the Adult Entertainment Expo, which is being held in Las Vegas until 25 January, can find out for themselves. Or, at least, they can enjoy giveaways and demonstrations of the most up-to-date sex-bots, as RealDoll has promised, with the company touting a comeback after missing the sexpo for several years.