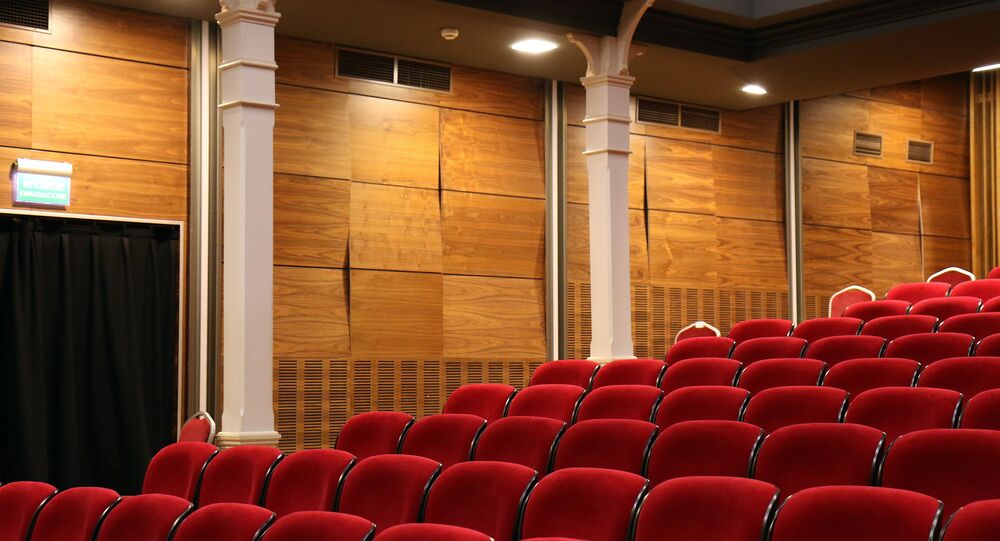 The year 2020 has started on a moving note with Bollywood star Deepika Padukone’s movie “Chhapaak”, based on the life of an acid attack survivor and Ajay Devgan’s “Tanhaji”, about a 17th century Maharashtrian Marathi military leader, Tanaji Malusare.

It appears that both “Chhapaak” and “Tanhaji: The Unsung Warrior” released on 10 January, were just teasers, as the biopic trend is set to continue over the coming months, with a lineup of filmmakers set to release their ambitious projects inspired by real-life fighters, warriors, and controversial figures.

Deepika Padukone, who has portrayed some versatile roles in Bollywood films like “Padmaavat”, and “Bajirao Mastani”, touched upon the sensitive topic of acid attacks with her portrayal of the character Malti in “Chhapaak”, based on the true story of Laxmi Agarwal who was attacked by a man, whose entreaties for marriage were spurned by her. 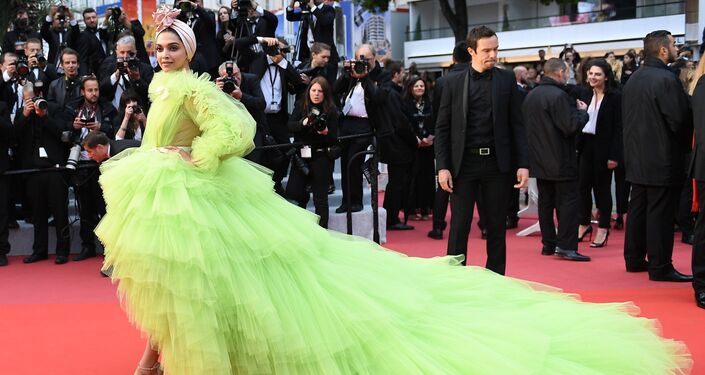 © Sputnik / Ekaterina Chesnokova
Actress Deepika Padukone poses for photographers upon arrival at the premiere for the film 'Pain and Glory' at the 72nd international film festival, Cannes, southern France, Friday, May 17, 2019

Though the film did not achieve the same box office success that Deepika's previous films have earned, it did manage to touch the hearts of many with its strong storyline.

On the other hand, “Tanhaji” is continuing to rule the Indian box office with figures that are going to reach Rs.2 billion ($28 million) on Friday. The film also stars Kajol and Saif Ali Khan in the lead roles.

Keeping in mind the success of the biopic, many filmmakers are trying to reach moviegoers with similar projects and films, and here are some of them:

This war biopic is based on the life of Indian Air Force (IAF) officer Gunjan Saxena, one of the first female officers to fly into a combat zone. With Bollywood actress Janhvi Kapoor playing the lead role, the film traces the life of Saxena, who along with her colleagues flew into the combat zone during the India-Pakistan Kargil War of 1999 and evacuated injured soldiers.

Directed by Sharan Sharma, the film is slated to be released in March.

Bollywood actor Ranveer Singh is the star of “83”, a biopic based on the life of veteran cricketer Kapil Dev, telling the story of how India won the coveted Cricket World Cup in 1983. Directed by Kabir Khan, the film will be released in April along with a dubbed version in Tamil and Telugu.

The ever-versatile Vidya Balan will be seen playing the lead role in this biopic based on the life of Shakuntala Devi, who was known as the "human computer". The film also stars young actors like Sanya Malhotra, Jisshu Sengupta, and Amit Sadh.

According to information in the public domain, the movie will show how Shakuntala Devi conquered the world with numbers but was unable to win over her daughter's heart. The film will hit screens in May 2020.

The film has already garnered controversy for depicting the life of late politician J. Jayalalithaa, former Chief Minister of Tamil Nadu, who got herself into many legal troubles including the alleged misuse of her office while in power from 1991 to 1996.

With Kangana Ranaut playing the role of Jayalalithaa, the film became embroiled in a legal battle last year. The Madras High Court permitted Jayalalithaa's niece Deepa Jayakumar to sue the film’s director A.L. Vijay for making a film about her aunt without her family’s consent. Thalaivi is set to be released in June.

The film is a biopic about late Captain Vikram Batra, hero of the 1999 India-Pakistan conflict in Kargil. Captain Batra was posthumously awarded the Param Vir Chakra, India’s highest military decoration, for his courage during the conflict. He was martyred at the age of 24. Actor Sidharth Malhotra will be seen playing the lead role in the film produced by notable filmmaker Karan Johar. It will hit screens in July.

An absolute honor to be able to paint the big screen with the shades of bravery & sacrifice.
Paying an ode to the journey of Captain Vikram Batra (PVC) and bringing the UNTOLD TRUE STORY with #Shershaah. Releasing 3rd July, 2020.@Advani_Kiara @vishnu_dir @karanjohar pic.twitter.com/RJ4qj0sNPQ

Bollywood actor Alia Bhatt is the star of the film “Gangubai Kathiawadi”, a crime drama film written and directed by Sanjay Leela Bhansali. The film is based on a chapter from acclaimed writer Hussain Zaidi's book Mafia Queens of Mumbai and depicts the life of Gangubai Kothewali, the madam of a brothel located Maharashtra in the 1960s.

The actress recently shared a glimpse of the film and it went viral on the internet. The movie is set for release in September.

The highly-anticipated movie “Prithviraj” is a historical period drama about the life of King Prithviraj Chauhan with Bollywood actor Akshay Kumar playing the lead role of Chauhan and former Miss World Manushi Chhillar making her Bollywood debut in the film. She will play the role of Chauhan’s wife Samyukta. The film will be released in November.

This is a sports drama written and directed by Amit Ravindrenath Sharma. The film features Ajay Devgn playing the role of real-life football coach Syed Abdul Rahim, who was the manager of the Indian national team from 1950 until his death in 1963.

Rahim took the Indian team to the semi-finals of the 1956 Melbourne Olympic Football tournament, making history by becoming the first-ever Asian country to achieve this feat. The film is set to be releases in November of this year.

Produced by actor Salman Khan and Karan Johar under the banner of Salman Khan Films and Dharma Productions, this movie depicts the struggle of Indian farmer Lal Bihari, who was officially declared dead and had to fight for 19 years to prove that he was alive. The film's final release date is yet to be announced.

When all's said and done, it wouldn't be amiss to reserve your tickets to enjoy your favourite films.