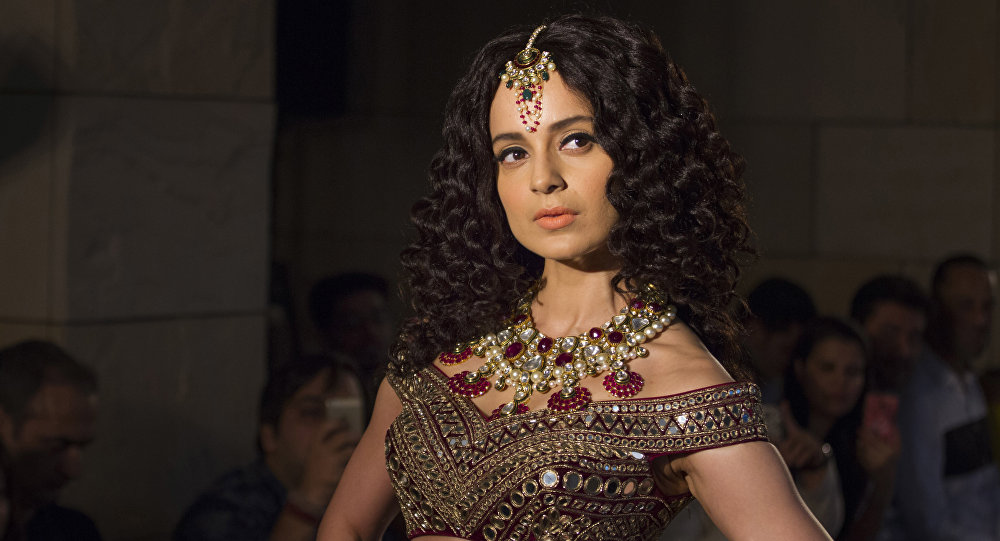 New Delhi (Sputnik): Bollywood actress Kangana Ranaut, who often gets embroiled in controversies with her blunt opinions on various social and political issues, has once again sparked a debate with her sharp attack on human rights lawyer Indira Jaising. The lawyer had stirred a row by requesting mercy for four death-row convicts in a rape case.

In a no-holds-barred attack, Kangana Ranaut slammed the lawyer for requesting the rape victim’s mother to forgive the four death convicts, who gang-raped and brutally injured her daughter in a moving bus in 2012.

"That lady (Indira Jaising) should be kept in jail with those convicts for four days. She needs it. Women like them give birth to these kinds of monsters and murderers," Kangana told reporters during an event on Wednesday, January 22.

Jaising, known for her legal activism in promoting human rights, urged Nirbhaya’s mother to forgive her daughter's convicted rapists. The four convicts were sentenced to death by a court and will be executed on 1 February at 0600 Hrs IST.

The recent statement by Kangana has evoked a flurry of responses on social media. A section of social media users came out in support of Kangana and praised her for her bold statement.

I whole heartedly support this statement #KanganaRanaut Rapists should be hanged publicly .. shame on all those people who support such sensitive issues.. no point of such education if you become heartless @IJaising

But it’s A Good Statement after Long time..!!! The Agony of Nirbaya Parents can’t be hold Further.. it’s not the Rape , It’s Brutality n Cruelty .. Heinous Crime.. U should never forgive them or stand for them..!!!

Kangana Never Minces words & Hits Hard Where it Hurts The Most!

She Always takes #Panga making Right kind of Noise to Shake up Nation's Conscience & Also The Brain Dead in Bollywood!

Several others were upset by her attack on the lawyer and over her saying that such criminal minds were born rapists already from their mother's wombs.

I strongly condemn her sentence that these monsters r born from women like her as she is defiling the mothers of four rapists just they born them but in reality no body is born as a rapist and just bearing children is not crime if the children become rapists in future.

Ok, now thats a bit overboard. No person is born a criminal and for that matter no mother ever knows the future nature of her unborn child.

Classic RW inferiority complex that belittles and malign people better than them which such language that can’t be reproduced no matter how much we would like to. Indira fights for women rights day in n day out. This lady built her career being an arm candy to mid aged men!!

Many others, however, couldn’t help but notice the “embarrassed” face of the actress Richa Chadda who was sitting by Kangana’s side. The two actresses are often found to have contradictory views on political issues.

On 16 December 2012, the paramedic student Nirbhaya was brutally gang-raped and grievously injured by six men in a moving bus in south Delhi, before they threw her out. She ultimately died in a Singapore hospital, as doctors in India could not restore her perforated intestines.

India’s apex Supreme Court described the brutality of the crime committed against the girl as “humanly inconceivable” and most “heinous”.

The six men were convicted in the case; one of them, Ram Singh, the main accused and driver of the bus hung himself in his prison cell, another one was a minor tried separately in the court and given a three-year term in a reform facility. The other four were recently handed the death sentence by a Delhi Court, and higher courts later confirmed that sentence.