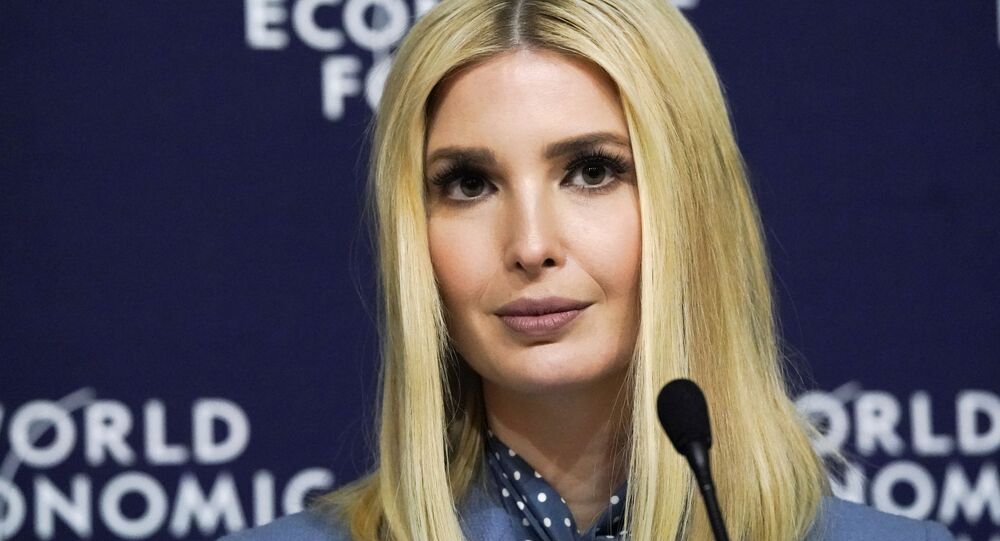 While some netizens wondered aloud whether Ivanka should’ve attended the conference in the first place, there were also those who praised her conduct.

US President Donald Trump’s daughter and adviser, Ivanka, has recently found herself under fire on social media over her actions at the World Economic Forum in Davos which she attended together with her father.

As Ivanka tweeted about the event on Twitter, urging her social media audience to watch it, she did manage to attract quite a bit of attention, though perhaps not the kind of attention she wanted.

Watch 🎥 panel/ press conference on the Reskilling Revolution underway in 🇺🇸 and around the 🌎 #WEF20 #Davos ⬇️ https://t.co/4GmiulVPV6

​More than one social media user wondered aloud what she was doing at the conference in the first place.

Why are you there, princess? Breathy voice convention?

You shouldn't be there, princess.

You're in it, not worth my time. pic.twitter.com/YyQSMqRIjG

You know no more about “skilling” workers than the average American. You shouldn’t be there.

​A number of people also quipped about the impeachment trial against US President Donald Trump which kicked off earlier this week.

Making coffee to settle in to watch Daddy’s Impeachment trial.

I don’t have time. I’m watching the impeachment trial.

However, there were also those who complimented her instead.

Thank you Ivanka. You are doing such important work which is most appreciated by US Patriots.

Great conversatory and awesome talk by @IvankaTrump . My respects and admiration.

Previously, a number of critics insisted that Ivanka lacked the necessary tech qualification to act as a keynote speaker at the CES electronic trade show in Las Vegas.

At the same time, Ivanka got quite a bit of praise after a video where she appears to snub CNN correspondent Jim Acosta started circulating online on Tuesday.