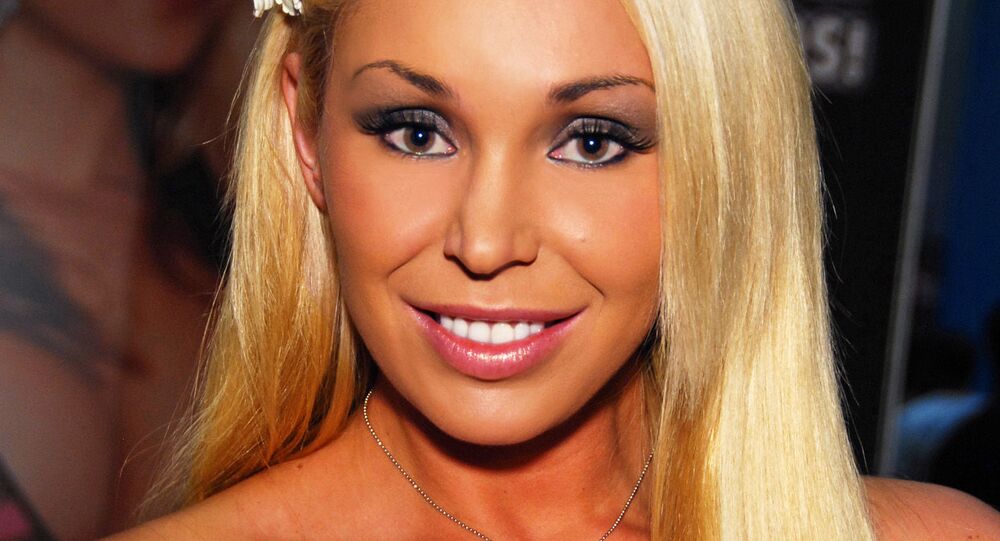 Mary Carey has had a variety of jobs in entertainment, including adult films and reality TV shows. She is now tapping into celebrity boxing, with her first bout scheduled for April.

The 39-year-old stately blonde has signed a deal with Celebrity Boxing, a promotion that organises bouts between celebrities whose careers have been at a low ebb.

She is scheduled to have her first fight on April 18 in Miami at a strip club called the Booby Trap. The promotion is still working on finding a rival for the former actress.

I signed my deal with @celebrityboxing1!!!! Story is on TMZ now!

Her payday will depend on her opponent and on how well her fight sells, TMZ notes, but she is expected to obtain a five-figure purse.

She ran for governor of California in the 2003 recall election, getting over 11,000 votes and coming in 10th. She campaigned on a mischievous platform that included promises of taxing breast implants and making lap dances tax-deductible, coupled with the tagline “Finally a politician you want to be screwed by”.

She ran for state governor again in 2006 but dropped out of the race to take care of her ailing mother.

Carey also had a job with Playboy TV and appeared in a couple of reality TV shows, before being inducted into the Adult Video News (AVN) Hall of Fame in 2013.