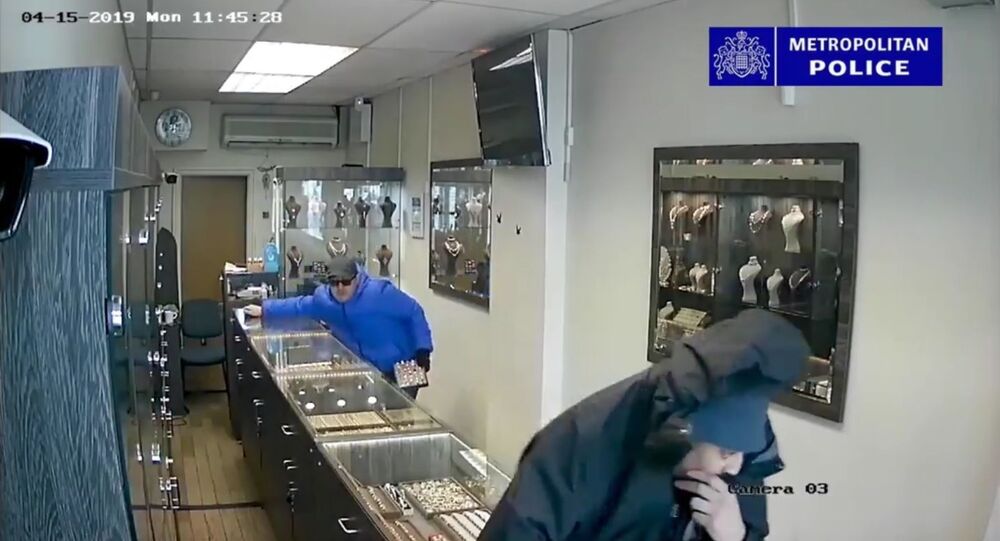 The criminals' desperate attempts to flee from a locked store they found themselves trapped in have reminded some netizens of a certain scene from Guy Ritchie's comedy film “Snatch”.

A trio of not-too-bright robbers who recently hit a jewellery store in London have managed to gain quite a bit of fame online due to the staggering levels of incompetence they displayed while executing the job.

Things, however, didn't go smoothly for the thugs as the shop assistant they initially managed to subdue was able to hit the panic button and hide in the bathroom.

This Jewellery Shop Robbery can easily be named; "The Three Idiots". 😂😂😂😂😂😂 pic.twitter.com/0VKbtj1jDk

​Having realised that they were locked in the store and that the cops were probably already rushing to the scene, the criminals started panicking, and their desperate (and ultimately successful) attempts to flee left many social media users visibly amused when video of the incident went viral.

Would watch a heist movie where it’s just three hours of planning followed by this pic.twitter.com/pqEbtaLOKI

Siri, show me a metaphor for Brexit.

The end of this movie should be them doing the job to this music. https://t.co/OS6PoLyqNJ pic.twitter.com/KTu2y6155D

Some netizens were quick to compare the scene from Guy Ritchie's “Snatch” featuring similar display of comedic incompetence.

​One of the culprits, a 32-year old man named Andrew Elliot, has already been nabbed by cops after being identified by a “distinctive tattoo” on his neck. He pleaded guilty to the robbery, the newspaper notes.