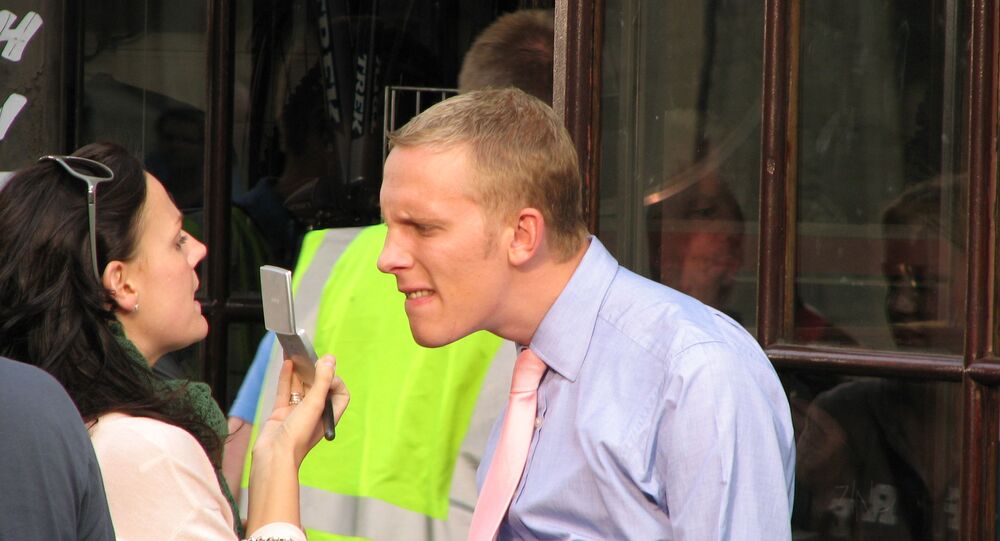 Laurence Fox, a British actor, landed in hot water this week following a televised BBC debate on the Duke and Duchess of Sussex’s bombshell announcement that they would be stepping down as senior royals, in which he maintained that the decision was not caused by Meghan Markle allegedly experiencing racism in Great Britain.

British actor Laurence Fox did not have his best day on Friday, according to his Twitter page, following a heated debate on the BBC’s Question Time about Meghan Markle’s upcoming departure from the United Kingdom. During the discussion, the actor maintained that the Duchess of Sussex’s departure was not related to the problem of racism.

During the debate, the actor was told by Rachel Boyle, an ethnicity lecturer present in the audience, that he could not properly comment on the recent developments in the royal family due to his gender and “white privilege”, a comment at which Laurence groaned, while accusing the academic of racism.

With the nation cheering him on, unlikely #bbcqt hero Laurence Fox tackles the ludicrous suggestion that the selfish & greedy antics of Meghan and Harry are a response to “racism” and that he, as a “white privileged male” cannot express an opinion. pic.twitter.com/r8MLcn6yyk

As a result, the British TV drama star was targeted with a stream of comments filled with outrage at his remark, prompting Fox to reply to all the Twitter trolls by saying that he was “drinking all of these leftist tears” throughout the day.

“My cup it overfloweth. But please don’t stop”, the actor said on Twitter.

To be clear, I am in no way having the best day of my life ever drinking all of these leftist tears.

My cup it overfloweth.

He also shared a quote from Martin Luther King’s famous “I have a dream” speech, while saying that the phrase reflected a position that he had openly endorsed and defended the other night.

This is the position I took last night and I live by in life. If you can improve on it, I’m all ears.

Or you can keep screeching “Racist!” at me and I can carry on having a jolly good giggle at your expense.

The tide is turning. pic.twitter.com/fFJzkzvFsY

Fox’s comments prompted even more reactions among the Twitter audience, with netizens left divided between those who supported the actor’s stance and boldness, and those who agreed with Boyle’s remark about the actor’s “white privilege” in the debate.

Perfect response to the far left attempt to attack white males ... it’s so ridiculously transparent and the tide has turned and the fight back has started !!!

Laurence Fox. I thought you were brilliant on BBCQT last night. Don’t listen to the haters. You said what a great many of us think.We have reached a point now where any criticism of “people of colour”is being called out as racist. So ridiculous

Good for you Laurence it’s about time someone stood up to these lefty snowflakes, I’m sick to death of hearing the word racist 👏

You’ve just appropriated MLK in order to prop up your own white privilege and toxic masculinity. Does it hurt that a woman of colour called you out on your white privileged? It must do given the amount of whining you’re doing on twitter today. You’ve a racism & sexism problem.

Britain’s Prince Harry and Meghan Markle announced on 8 January that they would be stepping down as senior members of the roya family to live a “financially independent” life and balance their time between the United Kingdom and North America.

© AFP 2020 / Daniel Leal-Olivas
Could Meghan Markle’s and Prince Harry’s Son Archie be Forbidden From Moving to Canada?
While many have speculated that the move was caused by Markle’s fatigue with the British tabloid press, some claimed that the actress’ alleged experience of racism could also be the cause. This view was particularly reinforced by Rachel Boyle during the Question Time clash, but Laurence countered her argument, which led to a further dispute, with the academic calling the actor a “white privileged male” and him branding her “racist” in response.
...
Reddit
Google+
Blogger
Pinterest
StumbleUpon
Telegram
WhatsApp
24
Tags:
BBC, Question Time, Prince Harry, Meghan Markle
Community standardsDiscussion