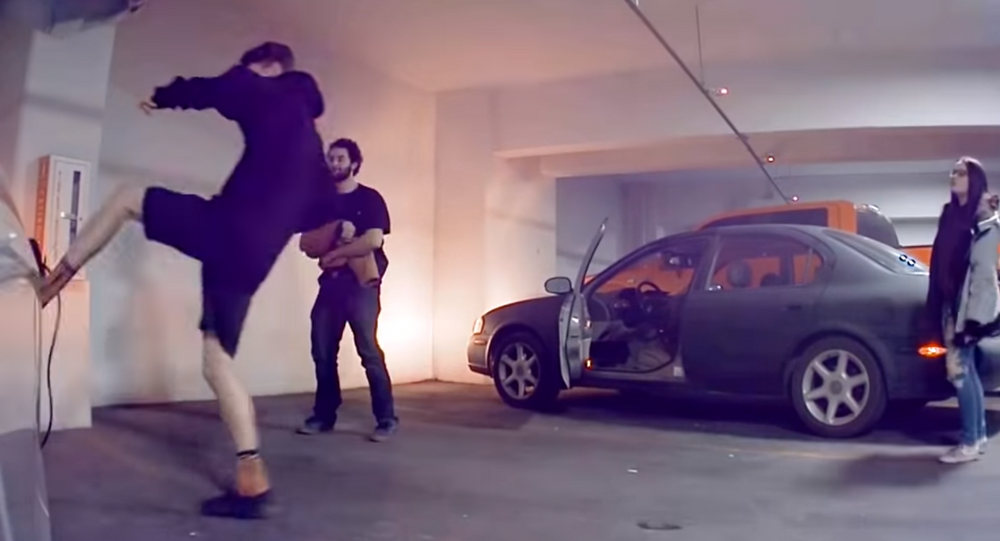 Two Vegas hooligans tucked their tails and ran after their attempted removal of a Tesla Model 3’s charging cable triggered the car’s “Alarm state” and produced a high-quality video recording of the act.

A recent viral video recorded by a Tesla at the Park MGM hotel and casino’s parking garage in Las Vegas, Nevada, showcased an appropriate use of the electric car’s Sentry Mode in an early morning case of vandalism.

"Our model 3 was able to alert us that someone was tampering with the vehicle at 2am in Vegas," YouTube user Fernando C wrote in the video’s description. "I was able to report and send this to Park MGM Security. Technology is kind of cool!"

The clip, viewed nearly 1.5 million times since its January 10 uploading, showed one man first attempting to open the car’s door. After his unsuccessful try, another man comes into the camera’s frame and is seen attempting to pull out the electric car’s charging cable. With two failed tampering efforts under their belts, both men are then seen kicking the vehicle until it switches into its “Alarm state.”

According to the Tesla website, the vehicle’s Sentry Mode - a feature available since February 2019 - enables the Tesla’s “Alarm state” when a “minimal threat is detected, such as someone leaning on a car.” The mode’s activation issues an alert to the car owner’s cellphone and also produces a video recording of the incident which includes footage that begins 10 minutes prior to when the threat was detected.

Though it’s unclear whether the seemingly envious vandals were caught by Park MGM security, netizens took it upon themselves to turn the comment section into a roasting session of the duo in question.

“It's like watching cavemen first discovering fire. First they are intrigued by their new discovery but need to ascertain if it is a threat so lash out,” YouTuber Jack 1 said. “When it doesn't retaliate they get brave and try to show off infront of cave lady. They attempt the Sparta kick but suddenly the Tesla barks back and they scatter with their tails between their legs.”

“Guess they’re mad all 5 of them gotta cram in that Maxima,” Walter Hunter III suggested.