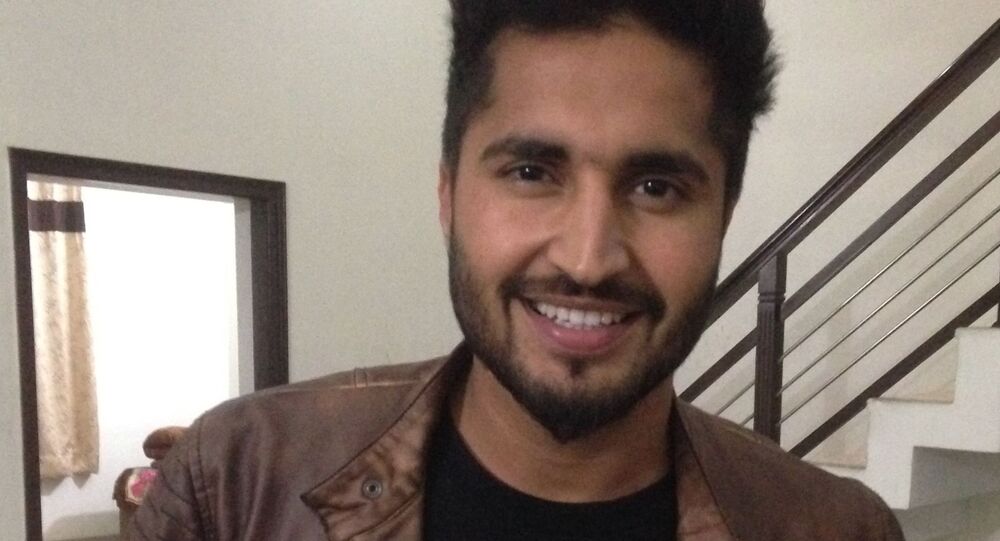 New Delhi (Sputnik):  From soulful Sufi renditions to foot-tapping rap music, Bollywood has borne witness to music of many genres that have since come and gone. But the craze for Punjabi songs seems everlasting. Perhaps, it’s driven by young at heart moviegoers and their obsession for Punjabi songs.

The remixed version of hit Punjabi track “Kala Chashma” from “Baar Baar Dekho”, “High Heels Te Nachche” in  “Ki & Ka”, “Angreji Beat” in “Cocktail”, or for that matter “Saturday Saturday" in “Humpty Sharma Ki Dulhania” are examples of how Bollywood is cashing on the already popular numbers that ruled the hearts of millions long before being served up once again by filmmakers.

Asked is this a lack of creativity by industry people or trying to stay away from taking risks, Punjabi singer Baba from the popular band “Doorbeen” told Sputnik: “I feel the Punjabi dialect is so catchy that it becomes an instant hit and this is why people are liking it. They want to dance on the grooves of Punjabi songs and have fun with the beat even if they don’t understand the lyrics".

The band made sensation with their popular Punjabi track “Lamberghini” that was released in February 2018 and became an internet chartbuster with 2.2 million followers.

TThe song has been remixed in the forthcoming film “Jai Mummy Di'' composed by the hit duo Meet Bros and is sung by Neha Kakkar and Jassie Gill.

Baba says that Bollywood has the habit of repeating the same formula again and again if it gets approval from the audience once and this is what is happening when we see the dominance of Punjabi tracks in films nowadays.

“There are times when a remixed song doesn’t justify the popularity of original tracks and that is wrong", he said.

Baba, along with Onkar, heads the band; and he says that their hands are full with projects now and they would call it, “Apna Time Aa Gaya” (Our time has come).

We're just one month into 2020 and will see the trend taking a new leap with songs like “Ladgi Lahore Di” used in Shradha Kapoor and Varun Dhawan's film “Street Dancer 3D”.

It is a recreation of a popular Punjabi song, Lahore by Guru Randhawa. Also Saif Ali Khan film “Jawaani Jaaneman” will have the recreated version of popular Punjabi hit “Jeene Mera Dil Lutteya” in the form of “Gallan Kardi”. The remake is sung by Jazzy B and Jyotica Tangri.

Actor-singer Jessie Gill, who has been active on the Punjabi music scene since 2011 and right now can be seen in Bollywood star Kangana Ranaut’s film “Panga” as her onscreen husband, says that such associations are helping both Bollywood and the Punjabi industry as a whole.

“Nowadays, the Punjabi music industry is the only industry which is producing songs independently and they are creating trends too. Punjabi songs are chart-toppers not only in their own state but all over India; so it won’t be wrong to say that it has become a trend now and will grow only in the days to come", Gill told Sputnik.

“Also such associations are not only giving the music industry new life but also helping the Punjabi artists and industry as a whole which is a good thing", he added.

Gill has given performed tracks like “Lancer”, “Laden”, “Bapu Zamindar”, and “Guitar Sikhda”.

Also one spokesperson for popular music company, without being named, said that such associations are a sure shot to success with nothing to lose for filmmakers.

“It won’t be wrong to say that Punjabi songs are larger than life and it very much brings out the whole lively feel within us when heard. However, when such deals are made, both filmmakers are original singers get the best out of it so that it becomes a win-win situation for both", said the spokesperson.

So, put on your earphones on and enjoy the beats.