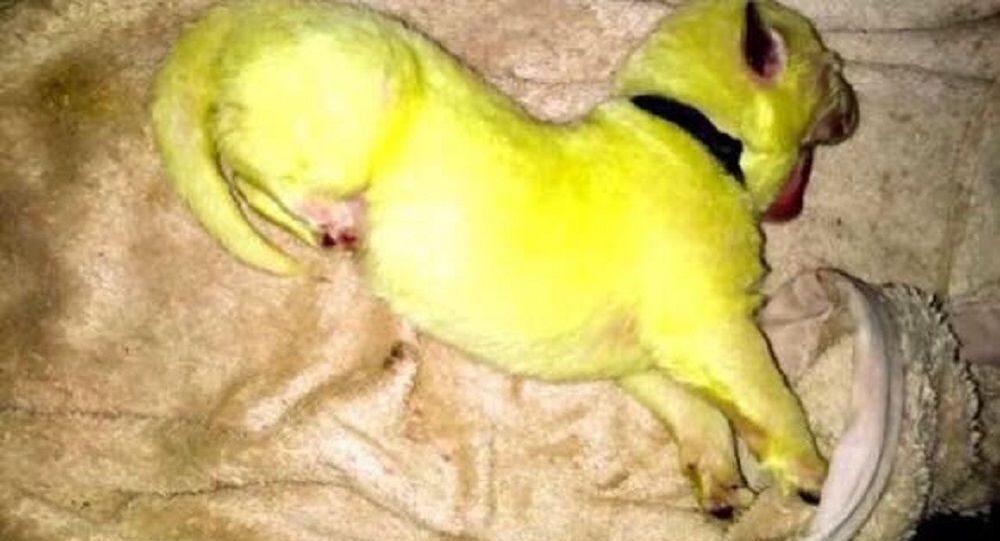 An American family from Canton, North Carolina, was surprised when Gypsy, their white German shepherd, gave birth last week to a lime green puppy. The baffled family has dubbed the newcomer, who joins a litter of eight, as Hulk.

According to the dog's owner, all went as expected until the fourth puppy came along.

“And then I realized the puppy was moving, and he was lime green [...]  She's done really good. She's a good mom", Shana Stamey, the owner of the white German Shepherd said, cited by WLOS.

Stamey, an experienced dog owner, suggested that the peculiar color would eventually fade as Hulk continues his growth. She mentioned that, except for the color, everything is fine with the little green doggo.

Ever seen a green puppy? A German shepherd gave birth to 8 puppies in North Carolina and one of them came out lime green! His name is #Hulk and while he looks so different, he is healthy and should go back to his normal blonde color in about 3 weeks. pic.twitter.com/jNBvAN6lkg

​“I knew it wasn't, like, harmful. But I still had to look it up again to make sure [...] Mom licks it away until I bathe it and then, I guess after a couple of weeks, it will finally like fade out”, Stamey suggested, cited by WLOS.

Stamey mentioned that they had been contemplating a name for Gypsy's little green puppy and, after mulling several possibilities including Gremlin, Pistachio and Mr. Green, her family selected the name of the famous shape-changing character from the Marvel Comics universe.

According to WLOS, a local veterinarian explained that the color aberration occurs from time to time and is nothing to worry about. The sack that the puppies live inside the womb prior to birth can sometimes contain meconium - an early stool from the fetus - which can stain the coats of an entire litter or just several pups. The fur of a newly-born puppet over time returns to its natural color.

Hulk's family made several pictures of him, photographed when the green started fading to white and becoming more yellow.