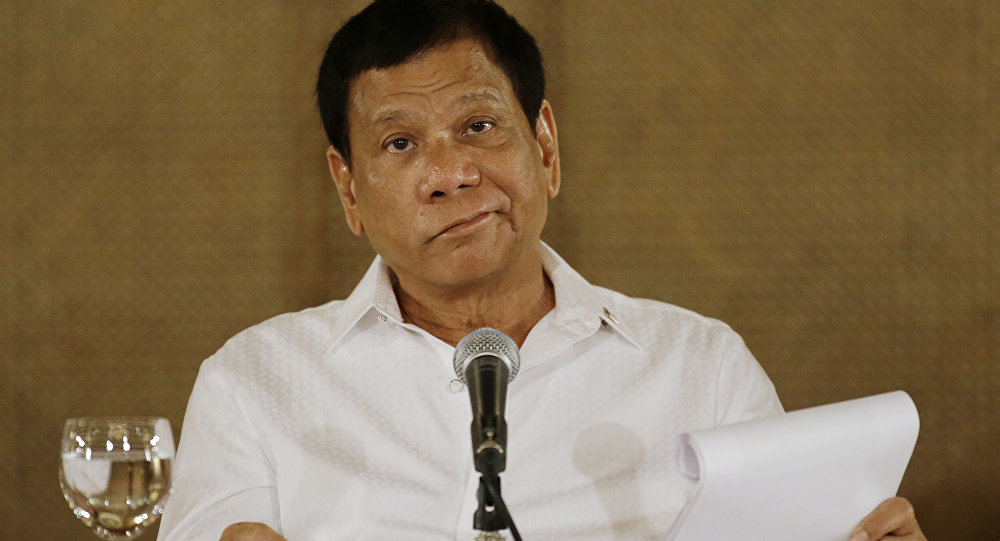 Philippine President Rodrigo Duterte is no stranger to making bold statements – and not always in relation to his political views. The head of state has previously openly boasted about the size of his physical endowment, while also vowing to shoot female rebel fighters in the country in the genitals.

The eruption of the Taal Volcano had a devastating impact on large areas of Metro Manila and Central Luzon over the weekend, with the Philippine president visiting the affected areas on Tuesday, despite ongoing health issues and warnings from his doctors about the negative effect the trip could have on his lungs, the Philippine Star reported.

Prior to his visit, Rodrigo Duterte made some bold remarks about the way he was going to deal with the sulfuric gases and ashes that are being spewed out as a result of the eruption, including making a reference to using his own “fire extinguisher” - words that have certainly raised some eyebrows on the Internet.

“I can even eat ashfall. I can even pee on Taal, that b****, pest”, the president said on Monday, as quoted by the Philippine Star.

When he arrived to the affected areas of Batangas the next day, Duterte told a group of officials in English that it was thanks to the “beautiful women” in the region that his problems “disappeared” after he stepped down from the helicopter.

“Really, I love beautiful women”, the president noted during the meeting at the Batangas Provincial Sports Complex.

Not surprisingly, Duterte’s remarks caused some shock among netizens.

The country is in state of calamity and this is how he chose to address the issue. How mature and reassuring. 🙄

I really don't understand how statements like this qualify as humor to a lot of people? The timing and delivery is way off. It's neither witty nor mundane. It's just a statement from a guy trying so hard to be funny.

Well... he thinks he can eat ash fall. Be my guest. I'm not stopping him.

Ladies and gentlemen, The President of the Philippines, leader of this great nation, source of inspiration for our children, prime example of what a Filipino should be

Just do it, stupid!

© AP Photo / Bullit Marquez
From 'Son of W**** Obama' to 'Stupid Jesus': B-Day Boy Duterte's Most SHOCKING Quotes
This is not the first time that the Philippine president has shaken up the public with less-than-formal statements, as he has earlier openly boasted about the size of his penis which, according to him, he used to show off while walking around naked during his years as a student. Duterte has in the past also openly called for female insurgents to be shot “in the vagina”, while also branding former US President Barack Obama a “son of a wh**e”.
...
Reddit
Google+
Blogger
Pinterest
StumbleUpon
Telegram
WhatsApp
10
Tags:
volcano eruption, Rodrigo Duterte, Philippines
Community standardsDiscussion
Comment via FacebookComment via Sputnik