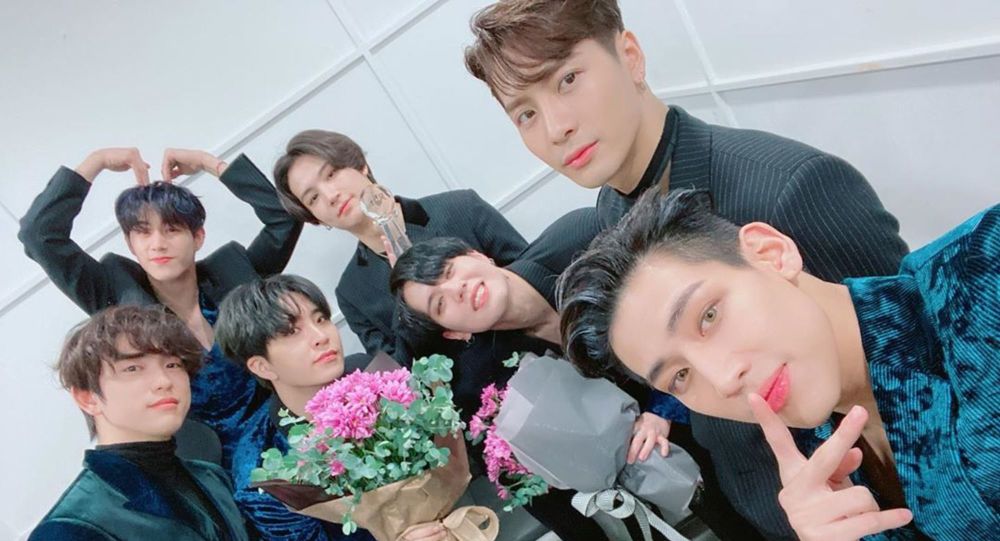 Our 6 Years Together: K-Pop Boy Band GOT7 Celebrating Its Anniversary With Fans

Having debuted on 16 January 2014, the seven-member group is still very mindful of fans and the band’s members are not hesitating to show their love for Ahgase.

To celebrate their sixth anniversary, every member of the K-pop boy band GOT7 left a handwritten letter to fans on the group's official Instagram page, thanking them for their support and making memories together while looking forward to future meetings with fans and lamenting how quickly time flies.

GOT7 prepared a fan meeting with Ahgases (the official name of the group’s fandom) titled "Once Upon A Time - That Winter When We Loved", which is scheduled on the 14 March in South Korea; the announcement on the group's official Twitter page was also accompanied by a picture that recreated a photo teaser for the boy band's debut that was posted back 2014.

​Fans were touched by the attention from the K-pop stars and showed their support, as always, with the hashtags #6YearsSpinningWithGOT7 and #6thPageWithGOT7, which are trending on Twitter worldwide:

​Ahgases are celebrating the anniversary of their favourite group and sending tweets loaded with lots of love:

Happy 6 years of ups and downs with ahgases, @GOT7Official! I may not have been with you since your debut, but I promise to be with you until the end. 🍻 to more pages together. 사랑합니다 💚#6YearsSpinningWithGOT7#6thPageWithGOT7#갓세븐과_함께하는_6번째_페이지#GOT7#IGOT7 pic.twitter.com/ysPPz9mYuo

One of my happinesses is seeing you guys growing up.

No matter what happens, I promise to be here to support you guys.

Thanks to be positive energy source for entire ahgases.

GOT7, formed by one of the three major entertainment companies in South Korea, JYP Entertainment, debuted on 16 January 2014. During their six years on stage, the group, consisting of seven members - JB, Mark, Jackson, Youngjae, Jinyoung, BamBam, and Yugyeom - has gained a lot of fans all around the world and won numerous awards; they are known for their amazing live performances and choreography, which includes elements of martial arts.

Their latest extended play, "Call My Name", was released in November 2019; the group won Performance of the Year at the Asia Artist Awards with the title track "You Calling My Name" from the album.