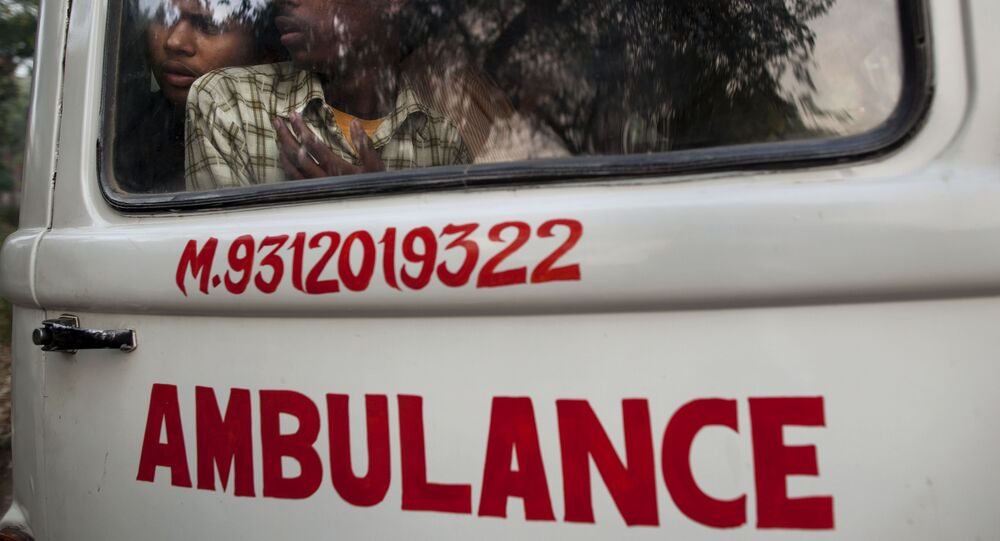 New Delhi (Sputnik): A report by the Indian Ministry of Road Transport and Highways on road accidents has stated that as many as 97,588 people had died in 2018 in India in accidents caused by speeding. The figure accounts for 64.4% of all road deaths in India, according to ‘Road Accidents in India, 2018’.

CCTV footage of a speeding car ramming into a motorcycle and parked vehicles from Yamunanagar, a city in the Indian state of Haryana on Sunday is going viral on social media.

#WATCH Haryana: A speeding car hits a cycle, a motorcycle and a parked car on a road in Yamuna Nagar, 5 people injured. Police have begun investigation. (11.1.20) pic.twitter.com/b52Qz3whNQ

Police report that five people sustained injuries and they are further investigating the matter, the Indian news agency ANI said.

India accounts for almost 11% of traffic accident-related deaths in the world, according to the 2018 World Health Organisation Global Report on Road Safety; the country is home to over 17.7 percent of the world's population.

The Indian Parliament had passed a new law in 2019, the Motor Vehicles (Amendment) Act, 2019, under which the fine was increased for many offences to address road accidents and improve road safety in the country.

The law has received a backlash for imposing heavy fines while some states had announced that they will not implement it, calling it “harassment”.

7 Killed, Over 20 injured as Bus Plunges into Gorge in India's Jammu and Kashmir