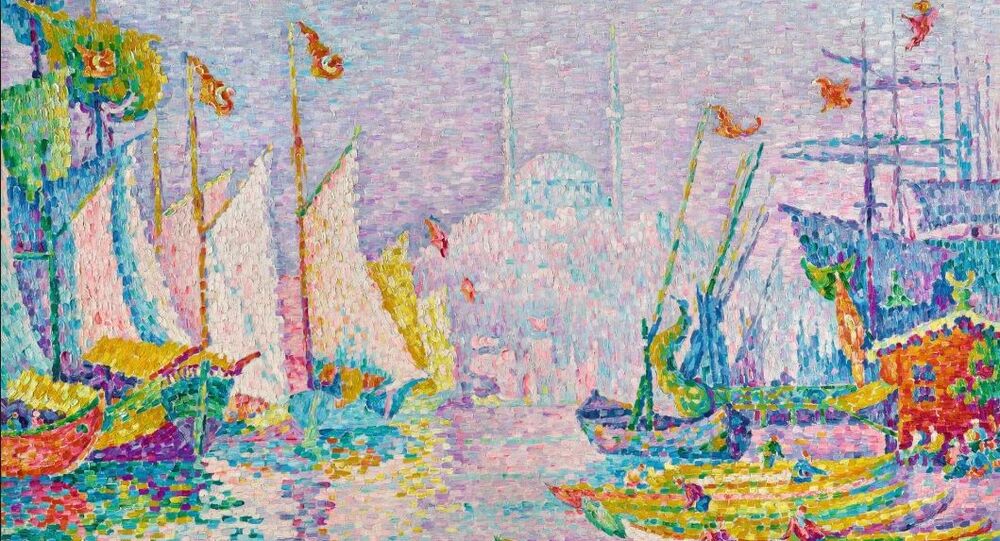 The works of French impressionists Camille Pissarro and Paul Signac, which have been described by experts as “exceptional”, are to be auctioned in London, having previously gone missing during the German occupation of France.

The artworks were recently handed back to the heirs of Gaston Levy, a successful businessman, property developer and art collector in Paris in the 1930s. Levy survived the horrors of World War II by escaping to Tunisia, but his collection was dispersed under the occupation. Two of the works were returned to France after the war and displayed in the Musée d’Orsay in Paris. The third one, which was looted from Levy’s country home, the Château des Bouffards, located 150km south of Paris, was later found in the collection of the German dealer Hildebrand Gurlitt.

Thomas Boyd-Bowman, a director at Sotheby’s impressionist and modern art department, said it was the first time the works had come up for auction. The most expensive - Pissarro’s Gelée blanche, jeune paysanne faisant du feu (White frost, young peasant building a fire), is expected to be sold for up to £12m ($15.7 million) at a sale at the auctioneers on 4 February.

Boyd-Bowman described Pissarro’s work as a “labour of love”, “tour de force of light and colour” that “ranks among the greatest examples of pointillism ever created”. It took the artist six months to complete the picture.

The other two paintings belong to the brush of Paul Signac, who was a friend of Levy: the collector was the sponsor of his project to paint 107 French ports during a 12-month journey around the country. Two paintings - La Corne d’Or (The Golden Horn) and Temps Gris (Clichy Quay. Grey Weather) are estimated to be sold for £5m-7m and up to £800,000 respectively.

Quai de Clichy has a story on its own. It was acquired by Gurlitt between 1943 and 1947 and later passed to his son, Cornelius, who hoarded the collection of 1,500 works. Yet the painting was discovered only after customs officers raided his rubbish-strewn home in Munich and a second property at Salzburg in Austria where they found a collection of priceless paintings, including other works of Picasso and Matisse stolen by Nazi officers. Germany returned Quai de Clichy to the Levy family last year. And the French authorities handed the Pissarro and second Signac back in 2018.

The Nazis had stolen approximately 100,000 artworks during the occupation of France and less than two-thirds have been discovered and returned to their original owners since then. Last year France launched a new office dedicated to the research into and restitution of Nazi-looted art.

“It’s a pity for the Musée d’Orsay to lose these paintings, but it’s a good example of a country acting in an honourable fashion. It’s the right thing to do,” said Boyd-Bowman. “Looting and vandalism should not profit others.”

'Supernatural Looking': Archaeologists Reveal What They Found in The World's Oldest Cave Art