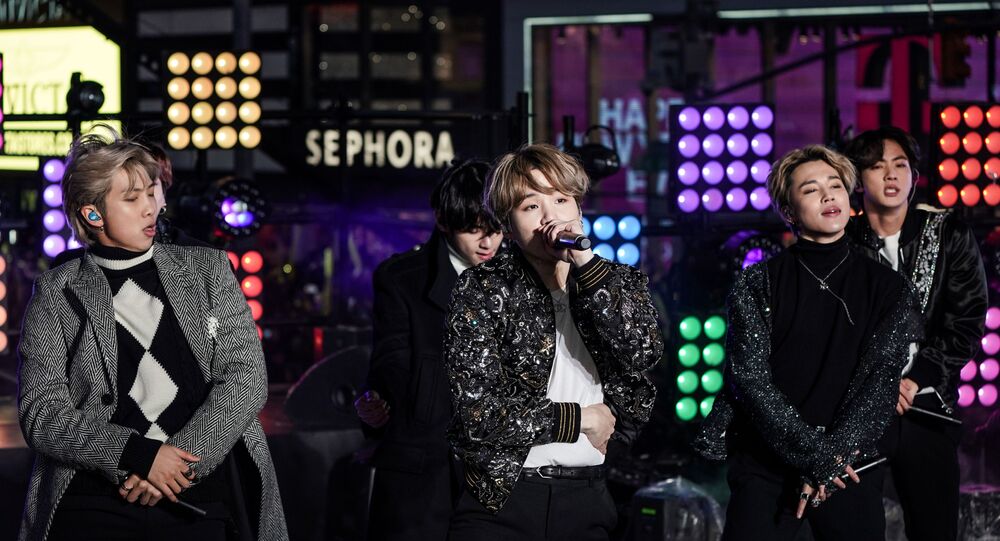 The K-Pop phenomena is expected to comeback with its fourth full studio album on 21 February.

K-Pop boy band BTS dropped a teaser of the highly anticipated new album 'Map of the Soul:7' featuring its member Suga on 9 January.

Earlier, the group shared on Twitter and the Weverse platform its comeback schedule in the form of a map.

​The MV for the title track is expected to be released on 28 February; in the meantime, Armies (the official name of BTS fandom) have been promised plenty of mysterious content.

Such a concept has hyped up millions of fans, and as a result the top 5 positions trending worldwide on Twitter were related to BTS and Suga shortly after the teaser release.

​BTS are also known for their philosophical and symbolism-rich music videos which are often interconnected, so fans are making predictions as to what their favourite band might have prepared this time.

the lyrics...are so RAW directly from the heart. through shadow it says how much the loneliness, the coldness, the power, the shadows, and how the light terrifies and haunts them. this is them speaking #ShadowisComing

This is a horror movie disguised as a song cuz when you have disgusting stalkers like sasaengs consume your private life with the plague of obsession AND MONEY then your life becomes a real life horror movie.... we are sorry yoongi #ShadowisComing #ShadowIsHere https://t.co/7yoQvQN6GC

#ShadowisComing I think every door can represent his dreams because it closes after every dream he has, the back door must be the "i wanna be..." pic.twitter.com/Tpb5kddpQT

when we see yoongi walking into the crowd that nobody recognizes him because they’re all focused on suga on stage instead..#ShadowisComing #ShadowByYoongipic.twitter.com/VkCW7CHUDT

On 7 January, BigHit Entertaiment, the group's label, confirmed that BTS will release their Korean studio album on 21 February. It will be their fourth full album after the third full album 'Love Yourself: Tear', which was released on 18 May, 2018.

The follow-up to the album - the extended play 'Map of the Soul: Persona' - was released on 12 April, 2019 and hit the charts in 80 countries. The MV for the single 'Boy with love' featuring American singer Halsey broke another record in typical BTS style: with more than 74 million views in the first 24 hours.