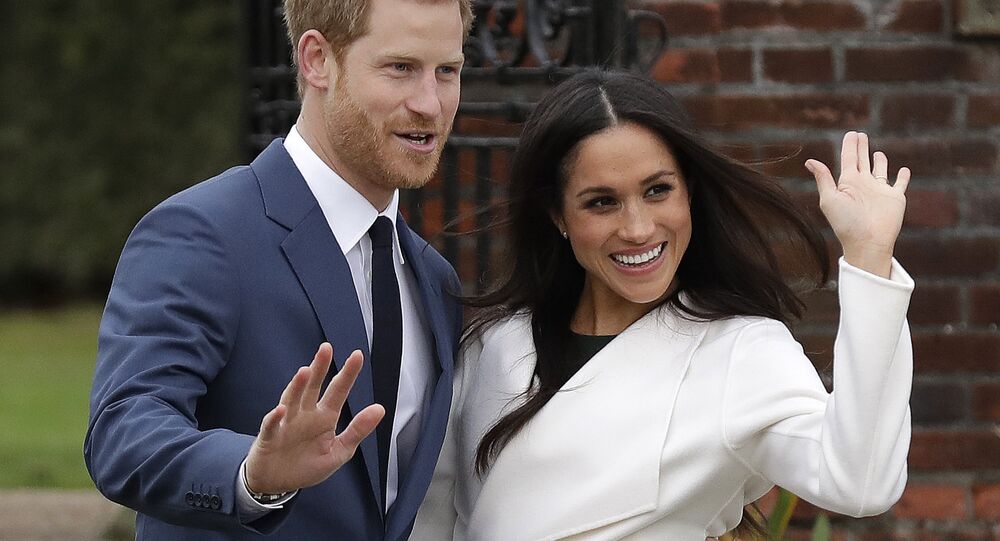 #Megxit: Netizens Clash Swords Over Prince Harry’s and Meghan's Decision to Step Back as Royals

It seems that the news about the Sussexes leaving the Royal Family has knocked every other story off of the front pages of the British press (even the US confrontation with Iran) and was met with disbelief by many.

Netizens have clashed swords over Prince Harry’s and Meghan Markle’s decision to step back as royals with the hashtag #megxit trending on social media. The Sussexes made the shocking statement via their Instagram saying they made this decision "after many months of reflection and internal discussions".

If there was anything that could polarize the British public and social media users more than Brexit, it was the couple’s decision to step back as royals, with some people saying they were happy for the Sussexes and backing them.

I’m so glad they have decided to do what is best for them. I hope that space from the royal family allows them to live peacefully and as privately as possible. Long live the Duke and Duchess of Sussex!! ☺️✨ #Megxit pic.twitter.com/72Kdu28pCM

Good for them!! Live the life they want away from the horrible British press

​Others felt that by stepping down they (specifically Meghan) ruin the Royal Family and questioned the couple’s intention to become “financially independent”.

Realistically how are they ever going to be financially independent. They will forever be supported by the royal income and they are hardly going to deny it either. #MeghanAndHarry

​Many social media users mentioned the renovation of the Sussexes’ home in Windsor, which cost taxpayers $3 million.

Fully understand why you are retiring. It mus be so tough being rich and fitting in work in between all those holidays.

Ps before you go can we please have our 2.4 million quid back that we spent doing up your cottage.

​Netizens also argued about who was responsible for the decision with some saying that Harry has sacrificed everything for his wife, while others contended that Meghan was changing her spouse.

It’s romantic. He is choosing HER.

Not really. She is changing him.

​Royal experts said the couple’s move is unprecedented and can be compared to Edward VIII’s abdication in 1936 in order to marry twice-divorced American Wallis Simpson, something which was also mentioned by netizens. One even posted a picture of King Edward VIII and his spouse and wrote: “Same s**t, different centuries".

The news caused lots of jokes and memes, in particular how Queen Elizabeth II and the rest of the family would react to the news. Media reports say senior royals were not aware of the Sussexes decision and learned about it like…common people, via the news and social media.

​And of course many users wondered whether the Sussexes’ decision means that their jobs are now vacant and if they can apply for them.

So is Prince Harry’s job vacant now? Are they accepting applications? Asking for a friend. pic.twitter.com/CRo2uD1DS4