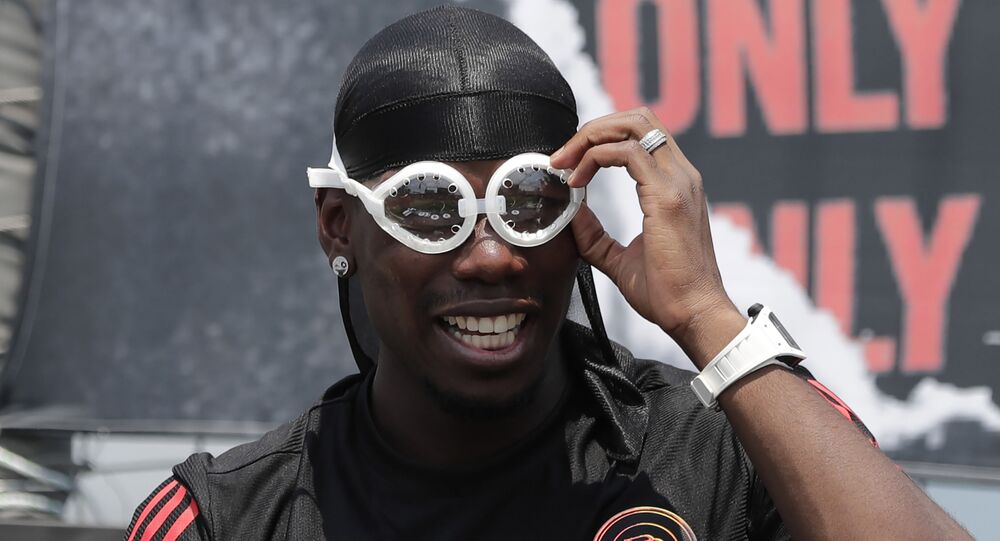 The 26-year-old and World Cup winner hasn’t been seen on the pitch since 30 September after suffering an injury. The Frenchmen has faced huge criticism from the club’s fans as some of them claim he is faking his health problems in order to move to another club.

Manchester United and French football superstar Paul Pogba said he would mistake urine for apple juice in an Instagram video as he updated his fans on his condition following a surgery. In an Instagram story, the midfielder said he would drink “pee pee” thinking that it's fresh apple juice as he was recovering from the anaesthesia and meds he was administered after the operation.

Pogba said he couldn’t confirm whether the operation was successful as he showed what looked like a leg in a cast. The ex-Juventus player grimaced while he was filming his ankle and told his 40-million-strong army of followers that he couldn’t move his toes. “I am still alive, that’s the good news. After the operation I still got the smile, I am blessed I am still alive”, Pogba said.
His “confession” and updates on his condition polarised Manchester United supporters, with some criticising his performance during the 2019/2020 season and saying they don’t want to see him in the club.

We dont want you

​Rumours surfaced that the French star is “faking” his injury in order to leave Manchester United and reportedly move to Spain’s Real Madrid when the transfer window opens this January, something which was mentioned by social media users.

​Others wished the World Cup winner a speedy recovery and noted that Man United needs him.

​One user found it sad that the football star has to constantly update fans about his condition to prove that he is loyal to the club.

As for the comment about mixing up pee with apple juice, netizens said that the medicine Pogba was administered was working very well.

​One user wrote that Pogba would be sorry for being so open with his followers - and it appears he was right, as the football star posted a video in which he apologised for his bizarre comments and promised to delete his Instagram stories. Too late, monsieur Pogba, they are everywhere.

​The Frenchmen has since posted a video showing himself leaving hospital and promised to “start rocking” and return to the pitch stronger.