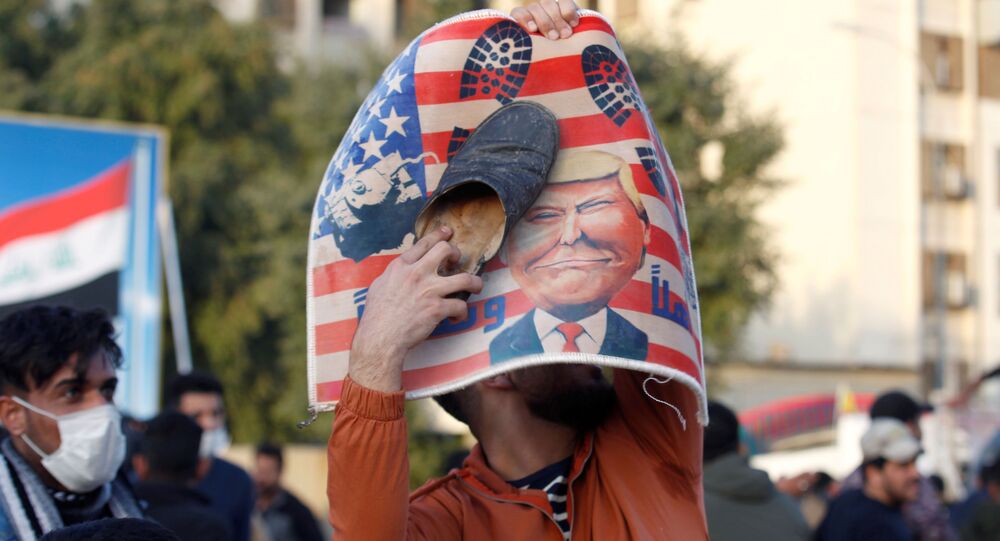 A top trend on social media has come amid fierce criticisms of the US president's actions in the Middle East, following the assassination of Iranian Quds Force commander Qasem Soleimani by US forces.

US president Donald Trump has come under intense cricitism for tweeting "All is well!" following retaliatory missile strikes on two military bases in Iraq.

The US president tweeted: "Assessment of casualties & damages taking place now. So far, so good! We have the most powerful and well equipped military anywhere in the world, by far!"

​But many on Twitter were not so convinced, with some accusing him of trying to "calm down the American people" after starting "World War III".

"All is NOT WELL... and especially not HIM", Paul Lidicul tweeted.

​US congressional candidate, Mike Larsen, lampooned President Trump with a popular meme featuring a cartoon dog in a burning house.

US Representative [D-CO] and former Afghanistan veteran, Jason Crow, said on MSNBC's The Last Word that President Trump's tweet "shows he does not understand or care" about US military sentiment following the missile strikes.

​Australian MP for Clarke, Andrew Wilkie, called Iran's missile strike "regrettable but understandable" and slammed the US president for his response.

"What a brilliant way to deal with impeachment and reelection. Australia really should stay well clear of this clown", he wrote.

​But not everyone was quick to lambast President Trump, with some congratulating him on his response, adding that the US commander-in-chief was the best person to make such decisions.

​The comments come hours after a series of strikes were launched on two military bases in Iraq, Camp Taji near Baghdad and Ayn al-Asad Airbase in Erbil, Iranian media reported early Wednesday morning. According to Tehran-based Tasnim News Agency, the country's Islamic Revolutionary Guard (IRCG) have issued strong warnings that further retaliations could take place if the US interferes with Operation Martyr Soleimani.