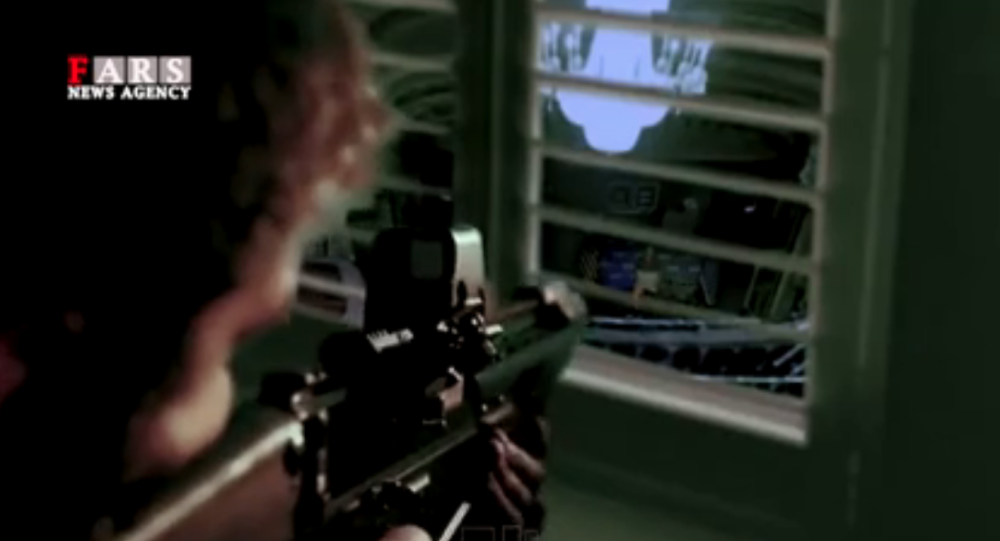 Iran’s Fars News Agency (FNA) is the latest organization to publish media depicting the assassination of US President Donald Trump, warning US leaders that if Washington starts a war, Tehran will end it.

As the world awaits the next moves by Washington and Tehran’s following recently-heightened tensions brought about by the assassination of commander of the Iranian Islamic Revolutionary Guard Corps Qassem Soleimani, FNA, the outlet regarded by many as Iran’s semi-official news agency, published a short clip on Monday showing one potential outcome of a conflict.

A gunman is shown assembling his rifle and peering at an image of Soleimani before taking aim at the US president in the video, entitled “Hey US! You started, we will end it.”

“Hey US, if you begin the war, we will end the war in the name of god, the beneficent, the merciful,” reads the video's caption.

Here is the video, shared by the Middle East Media Research Institute. Be warned, it contains graphic footage.

Trump and two Secret Service agents are seen collapsing to the ground after the gunman opens fire.

The 40-second clip borrowed footage from a November 2016 presidential campaign rally where Trump was rushed from the stage mid-speech due to a reported disturbance.

“Immediately in front of the stage, an unidentified individual shouted ‘gun.’ Secret Service agents and Reno Police Officers immediately apprehended the subject. Upon a thorough search of the subject and the surrounding area, no weapon was found,” the Secret Service said in a 2016 follow-up statement.

An unarmed individual was arrested, and the then-Republican presidential candidate returned to the stage shortly afterward.

The mock assassination video comes just days after Hustler magazine received mixed reviews for its Christmas card that depicted a lifeless Trump with multiple bullet wounds spilling trails of blood into the streets of New York.

“I just shot Donald Trump on Fifth Avenue, and no one arrested me,” a man holding a smoking gun read in the cartoon, playing off a notorious remark by Trump during the 2016 presidential campaign.