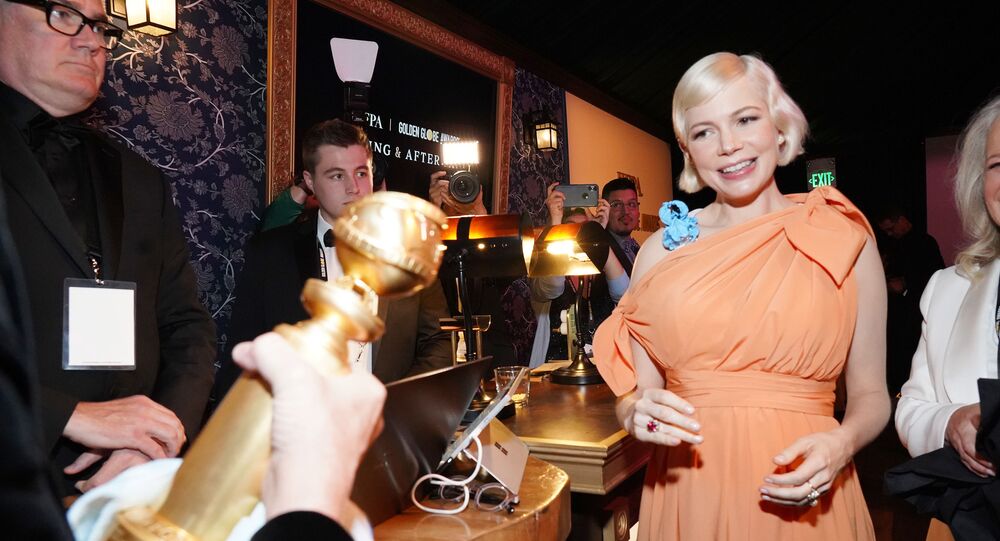 Williams' speech about a woman's choice not to have a baby sparked an avalanche of negative comments from Twitter users, who doubted the actress did the right thing when she chose fame and money over giving birth, and whether it is ethical at all to promote abortion as an accomplishment.

Michelle Williams took a moment on stage at the 2020 Golden Globe Awards to tout an abortion she once had for allowing her to have a successful career as an actress, the Daily Wire reported on Monday.

"I'm grateful for the acknowledgment of the choices I'm made, and I'm also grateful to have lived at a moment in our society where choice exists, because, as women and as girls, things can happen to our bodies that are not our choice", Williams said happily.

The famous actress added that choosing not to have a baby at the time allowed her to build a career of her own and "choose when to have children, and with whom", and advised women to "vote in their own self-interest like men have been doing for years".

However, Williams' talk did not seem to resonate with what a lot of people think about abortion. Netizens, including journalists and politicians, rushed to express doubt as to whether the choice the actress made years ago had a role in what she has achieved today.

"On one hand you have a little statue. On another you have a living child. Michelle Williams thinks she has won an award because she had an abortion, and she lives only because her mother didn't. Clearly she has her priorities figured out", one of the users tweeted.

So, Michelle Williams accredits her GG Award to having an abortion and states basically that all women should be pro-choice. No. What you did was kill your child so that you could gain a role and reap the benefits. 'My Body my choice' is a bunch of bullshit.

Also, all of you pro-choice advocates who use rape and danger to life of the mother to argue for the ethics of abortion...what say you about Michelle Williams using her platform to celebrate killing her kid for her effing career??? And everyone applauding her!
Makes me sick

Much more discontent was triggered by the fact that Williams was delivering her pro-abortion speech with her own pregnant tummy clearly visible.

"Michelle Williams who dropped out of school at 15 and had an abortion stood there while being pregnant... Telling women they too can kill a child and be successful like her. She proved Ricky's point 100 percent", a user tweeted.

Williams' words have apparently offended a lot of mothers who found her speech shameful when considering the choices they themselves made.

"Dear Michelle Williams...I'm glad your mother didn't choose the violence of abortion. Every human life has purpose. And we can all flourish in a world that values the planned AND the unplanned. My wife didn't need abortion for "success", one of the netizens wrote.

My husband just turned 59. If we were just a few years younger, he may never have been born. But what if, like Michelle Williams, a baby stood in the way of Barney’s bio parents' dreams? What if Barney was never born?https://t.co/sDxuxkQXlm #prolife #abortion #GoldenGlobes pic.twitter.com/ArJMrEZAvi

There were also some partly sad, partly sarcastic comments about the wrong perception being given of feminism with such statements, with some tweets making references to the ongoing scandal around former movie mogul Harvey Weinstein, who has come under attack from a lot of Hollywood actresses for alleged sexual harassment.

Michelle Williams, I find it so sad that you credit an act of violence, abortion, for your career success. Feminism has failed as millions of women like you have been deceived into believing that you must kill another in order to succeed in your career. #goldenglobes2020

Michelle Williams: Without having an abortion in my early career, I wouldn't be here getting this award.

Would she be getting the award if her mother made that choice?

Was it a Harvey Weinstein heir?

Another question that bothered some users was whether it is moral to praise abortion as an accomplishment, or as an example others should follow.

I'm just at a loss with Michelle Williams saying that she wouldn't have had a great career if she didn't have an abortion and the audience cheering.

Regardless what side you're on, abortion should be more solemn than paraphrased: If you have one, you can win awards like me!