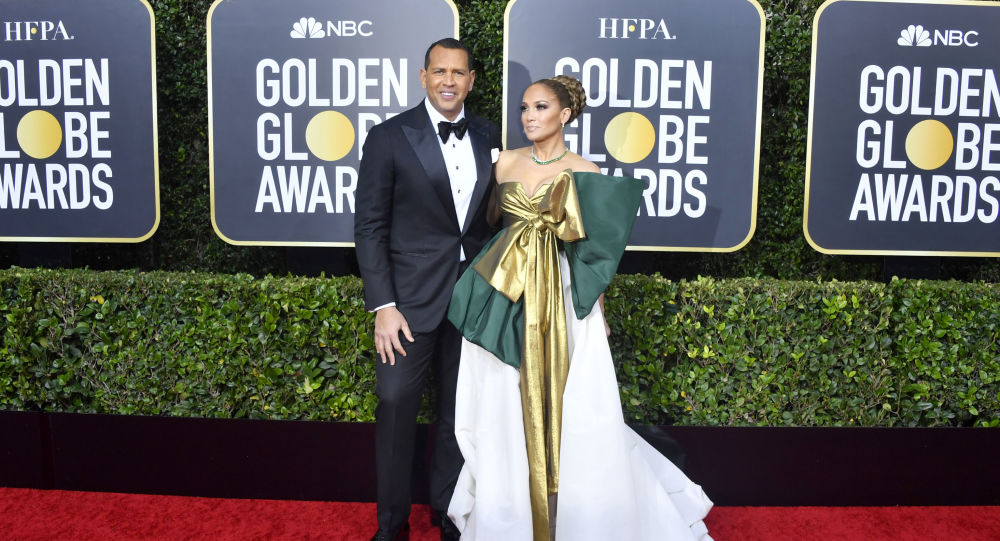 In the black comedy crime dama "Hustlers", written and directed by Lorene Scafaria, Lopez starred as Ramona, the ringleader of a group of strippers-turned-con artists.

Alex Rodriguez has revealed some secrets about Jennifer Lopez's home rehearsals for her starring role in Hustlers.

The couple talked to Ryan Seacrest during the E! red carpet pre-show at the 2020 Golden Globe Awards in California on Sunday and among other things they discussed the work J-Lo and her all-women team had done to make a film about a group of former strippers who face life struggles and decide to target rich men in bars to steal their credit cards and become wealthy.

Lopez said that she had worked very hard to be perfect in pole dancing so there would be no need to use a stunt double.

"I was like, 'Please get a close up of my face, even if I look like a bat hanging down, please make sure [audiences] know it was me [dancing on the pole] so they didn’t think it was a stunt double.' It was hard," Jennifer told Ryan, as quoted by Litefm.com.

Rodriguez remembers that time in his own way: "The one great benefit is having a pole in our master bedroom for six months."

J. Lo started dating Rodriguez, who is a former New York Yankees baseball player, in 2017, and in 2019 they announced their engagement. The actress has two children from her marriage with Marc Anthony, whom she divorced in 2014.