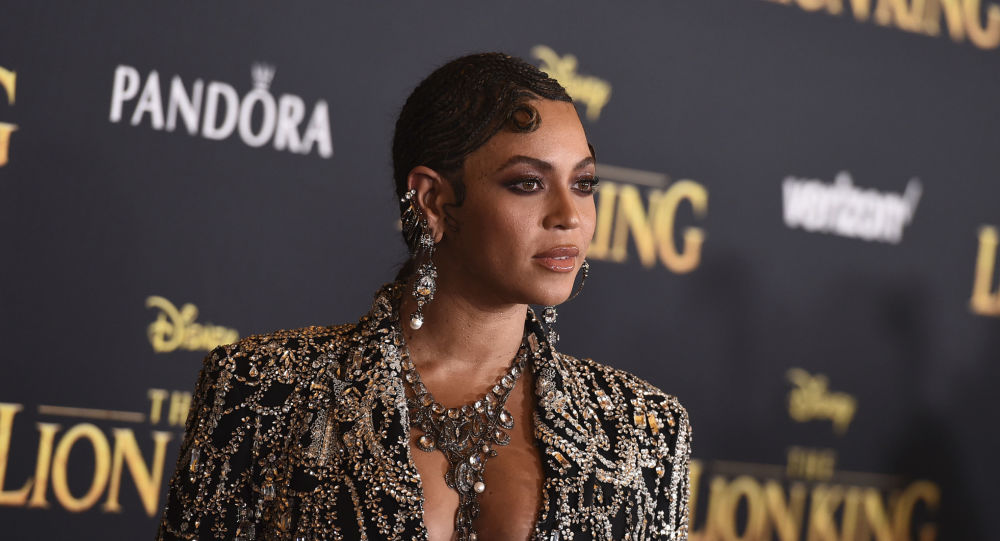 Hosted by the Hollywood Foreign Press Association, at the start of January the Golden Globes traditionally kick off the industry’s awards season to honour achievements in television and film.

As celebrities from the world of television and film gathered at The Beverly Hilton Hotel for the 77th Annual Golden Globe Awards on Sunday, 5 January, the event was kicked off by Ricky Gervais with a barrage of off-color jokes that nonplussed the audience.

Some prize reactions from those gathered and on social media marked one of several viral moments that marked the event.

The host called out the Hollywood Foreign Press Association and NBC for letting him host in the first place, saying:

"Kevin Hart was fired from the Oscars for some offensive tweets. Hello! Lucky for me, the Hollywood Foreign Press can barely speak English."

Tom Hank's face in reaction to the host's opening remarks went viral on his own:

Tom Hanks is most of us right now. #GoldenGlobes #goldenglobes2020 pic.twitter.com/kIg9ws22LJ

Tom Hanks is the only thing worth watching at the #GoldenGlobes pic.twitter.com/EaYiwtB7h7

Ricky was awesome. 😂😂😂 he said the truth. Loved it.

We really don't deserve @rickygervais. Dude is out there doing the work of the people tonight. Loved it!

​The host proceeded to target Leonardo DiCaprio when referencing "Once Upon a Time …in Hollywood”, where he plays the lead.

Pointing to the actor’s dating history, specifically, his many younger girlfriends over the years, he said:

”Once Upon a Time…in Hollywood [is] nearly three hours long. Leonardo DiCaprio attended the premiere and by the end, his date was too old for him.”

The actor seemingly took the joke in his stride, laughing as hard as everyone else in the room.

I love Leo just laughing in response to this. He’s just like “yea you right you right” pic.twitter.com/dPJW6Awpkf

Leo loves a joke about his dating life #GoldenGlobes pic.twitter.com/itleBP2zpo

​It was a big night for “Once Upon a Time … in Hollywood”, as it took home trophies for best musical or comedy, screenplay and supporting actor.

As McKinnon introduced her with a tribute about how important the host's coming out episode was for her growing up, Beyonce turned heads just for appearing in the audience.

BEYONCE MADE IT! BE LATE BUT MAKE IT FASHION! pic.twitter.com/8HE1yli4iO

​Until this point, viewers didn't know she was in the house as she did not walk the red carpet.

Someone get up and give BEYONCÉ a seat #GoldenGlobes pic.twitter.com/LpYQMitYqh

In another viral moment involving Queen Bey, fans wondered if the singer and Quentin Tarantino had feuded at the Golden Globes 2020. The moment came when the director passed by her chair to collect his award for Best Screenplay for his film Once Upon a Time in Hollywood.

A video of the moment shows Tarantino squeezing by Beyoncé and Jay-Z, as she scoots in her chair and gives him a look.

After the moment, fans took to Twitter to ask if Beyoncé has “beef” with the Kill Bill director.

DID BEYONCÉ JUST GLARE AT TARANTINO???? QUEEN!!!!! WE STAN

Beyoncé’s expression when Quentin passed her tho #GoldenGIobes #goldenglobes2020 pic.twitter.com/b4ndNzolT1

​Like Beyonce, Jason Momoa drove Twitter wild with his appearance in the audience, as he was conspicuously wearing nothing but a tank top.

The camera zoomed in on him as he congratulated "Succession" star Brian Cox on his win while the actor made his way to the stage.

Because of course Jason Momoa is wearing a tank top at the Golden Globe awards. He’s Aquaman. pic.twitter.com/0OJhBP8SH7

JASON MOMOA WITH THE GUNS OUT

My sexual orientation is Jason Momoa in a tank top at the Golden Globes pic.twitter.com/h0wwCl47Oa

it's because he gave his green velvet jacket to his wife, Lisa Bonet, who was cold.

how many points is that?

​Another celebrity who set Twitter ablaze was Kerry Washington.

The actress hit the stage and, earlier, the red carpet in a black blazer with nothing underneath, rounding off the look with a black satin skirt and silver chain that went down her chest.

She shared the stage with Ted Danson while presenting the award for Best Performance by an Actress in a comedy to Phoebe Waller-Bridge.

Kerry Washington’s stylist is the greatest scammer of all time. They’re getting paid to make her look a mess.

Every time she hits a red carpet it looks like “Here girl, put this on and let’s go.”

​And everyone reacted to Brad Pitt, every single time the actor appeared on the screen.

The 56-year-old "Once Upon a Time … in Hollywood" star picked up an award for Best Supporting Actor for the movie.

Twitter, meanwhile, was going wild as he gave his acceptance speech.

During the speech, he made a dating joke and sparked a reaction shot from his ex-wife Jennifer Aniston.

"I wanted to bring my mom, I couldn't because every woman I stand next to, they say I'm dating and it'd just be awkward," Pitt said, as Aniston smiled and laughed.

They showed Jen during Brad’s speech. That’s all I wanted. Thank you! #GoldenGlobes 🙏🏻 pic.twitter.com/8tsyQ6sn1M

Jen during Brad’s speech, normally I wouldn’t pay much attention to it but I honestly love a supporting friend. pic.twitter.com/lQ121IWH84

She looked very happy for him. Thats pretty cool

He’d be lucky to have her back!