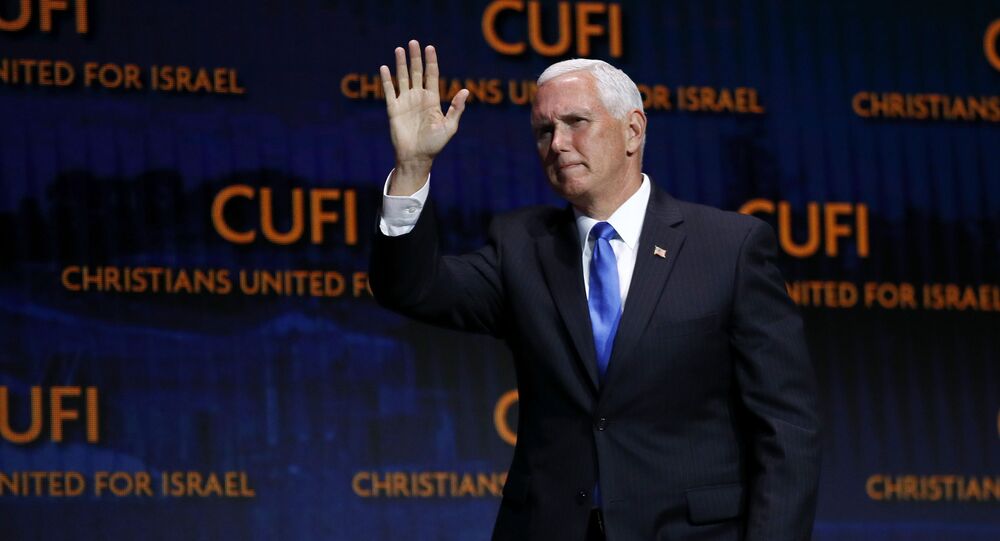 'And He Shot Lincoln, Yeah?' Twitterstorm as US VP Mike Pence Links Soleimani to 9/11 Hijackers

Qasem Soleimani and Abu Mahdi al-Muhandis, a deputy commander of an Iraqi Shia militia group, were killed by a US drone attack near Baghdad International Airport early on Friday, 3 January.

Hours after the US strike that claimed the life of Iranian Maj. Gen. Qasem Soleimani, US Vice President Mike Pence stirred a hornet’s nest by tweeted what kind of “an evil man” the slain IRGC officer allegedly was.

As Pence tweeted what he considered to be the various alleged misdeeds of Soleimani, “who was responsible for killing thousands of Americans”, the US VP also alleged that the assassinated Iranian officer had provided assistance to some of the perpetrators of the September 11, 2001, terrorist attacks against the United States.

Assisted in the clandestine travel to Afghanistan of 10 of the 12 terrorists who carried out the September 11 terrorist attacks in the United States.

​It appears, however, that most social media users would have none of the VP's claims, widely challenging Pence and his beliefs.

hey mike old bean, the rest of us out here in realityland aren't as gullible as the credulous dimwits who worship Dear Orange Leader. but cool story bro, loving how you wedged 9/11 in there

Could we get more clarity on your last point, are you suggesting that a man deeply committed to the Shia state of Iran would conspire with Sunni extremists by enabling their travel to Afghanistan, into a country that held the Taliban, a group he vehemently opposed?

Bummer Mikey. Everyone is insinuating your not very bright. I have too admit they have a very good point. https://t.co/IFAkqXzc01

This is completely illogical and there has never been any evidence of this. The highjackers were Sunnis from Saudi, and Soleimani is Shia from Iran. Also, there were 19 hijackers. How are you the Vice President? Oh, right, the Jesus stuff

And he shot Lincoln, yeah?

A number of people noted that Pence got the number of the 9/11 hijackers wrong. Attempting to control trhe blowback, according to the Independent, the VP's press secretary “later clarified that the vice president was referring to 12 of the 19 hijackers who ‘transited through Afghanistan’.”

There were 19, you spectacular dumbass

Some suggested that Pence's assertions were an attempt to re-write history.

Wasn't that how the Ministry of Truth operated in Orwell's 1984? Keep editing history to support the current day narrative.

Qasem Soleimani and Abu Mahdi al-Muhandis, deputy commander of an Iraqi Shia militia group, were killed by a US drone attack near Baghdad International Airport early on Friday, 3 January.

US President Donald Trump called the attack a preemptive, defensive strike, while Rouhani stated that Tehran will take revenge for what it views to be a terrorist action.