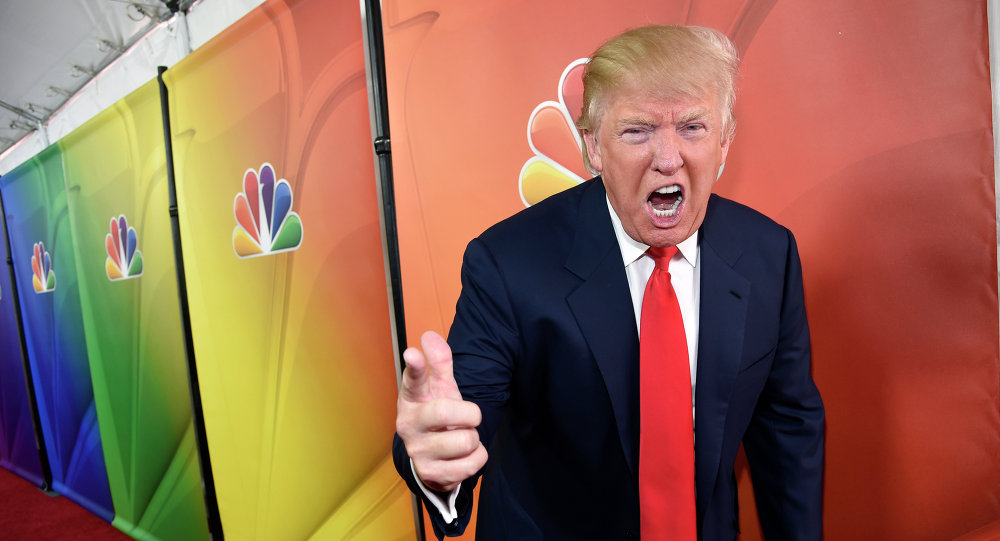 Before running for the US presidency, Donald Trump earned fame in the American entertainment industry after starring in a number of reality TV shows and hosting fourteen seasons of The Apprentice.

US Oscar-winning filmmaker Ron Howard trashed Donald Trump on Twitter this week, calling him a “morally bankrupt ego maniac”, when recalling the impression that the US president left in the entertainment industry following his reality show career.

“In the entertainment industry many who have known/worked w/ Trump think that while his reality show was fun and ran a long time, he’s a self-serving, dishonest ,morally bankrupt ego maniac who doesn’t care about anything or anyone but his Fame & bank account & is hustling the US”, Howard said while replying to a Twitter user who noted that there is only “negativity” from Hollywood and Democrats when it comes to discussing Donald Trump’s policies.

Howard’s comment provoked a strong and mixed reaction from Twitter users, with many suggesting that it was particularly strange to hear a judgment like that from a Hollywood giant, who potentially also worked alongside such figures as Harvey Weinstein and Roman Polanski, who were previously accused of harassment and sexual abuses.

Your industry is full of opinions not worth the cost of playing the jukebox from your outdated tv show.

Wow. So brave. Now do Weinstein, Spacey, Bryan Singer, Polanski....... I haven’t heard one peep from you during the decades where they preyed on the vulnerable. And I’m SURE you knew. You have no credibility.

Mr. Howard, while this may be true, and you are certainly entitled to voice your opinion, as a consumer I'm entitled to skip any project that bares your name. Many of us are exhausted by the constant infusion of politics into entertainment, and you just aren't helping that cause.

Ron Howard rose to fame in the 1960s when starring in the classic TV sitcom “The Andy Griffith Show”. Since then, he has directed such Oscar-winning films as “A Beautiful Mind” and “Apollo 13”, and even played himself in a parody movie about Donald Trump that was released during his 2016 presidential campaign.

The US president is known in the Hollywood entertainment industry for hosting the reality TV show The Apprentice for fourteen seasons beginning in 2004, as well as making cameo appearances in a number of films and television series.