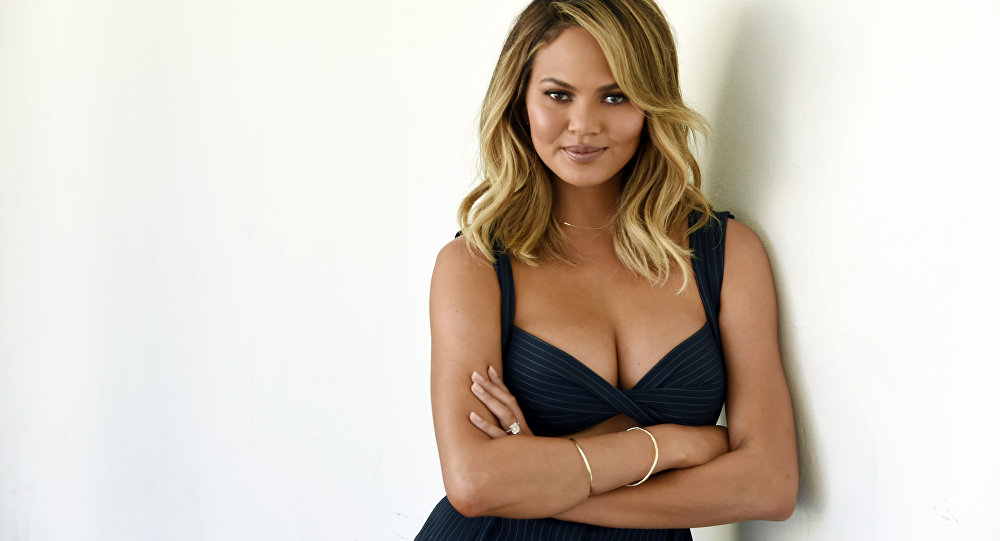 For months, TV star Christine Teigen and her husband, singer John Legend, have been involved in a spat with US President Donald Trump, exchanging jabs on Twitter. As Teigen’s tweet on 1 January showed, she does not seem to have left their row behind in 2019.

Christine Teigen has started the new decade with a snide remark aimed at POTUS Donald Trump and his wife, Melania. On New Year’s Day, the former model and persistent Trump critic took to Twitter to mock the US president and the first lady’s take on a New Year’s resolution. She shared Donald and Melania’s on-the-spot interview at a New Year's party at the Trumps’ Mar-a-Lago resort in Florida, where the presidential clan had gathered for a celebration.

While First Lady Melania told reporters that her holiday resolution is “peace in the world", her presidential husband kept his to himself, noting “I’m not sure you’re supposed to say a resolution out loud". However, although he explained: “I don’t want to say what my resolution is because I think we jinx it, all right?” - he could not help but give the world a hint.

“But I can tell you, we really have a good resolution and it’s a resolution for our country", he said.

According to Teigen, this was not a proper way to answer the question. She also took the opportunity to mock Melania.

​Many commenters joined the troll fest in comments, making fun of Melania’s command of English.

Peace on the world?? She's been in America for 23 yrs and still can't speak proper English?

Peace on the world...this woman is supposedly fluent in 5 languages.

How is peace on the world even a personal resolution?

​However, others seemed to be puzzled why she is using her platform to spread hate against the Trumps…

Chrissy Teigen doesn't blow an opportunity to bash our President. Jameelajamil is a race baiter, and a troublemaker. AOC is an idiot. Alyssa seems to bea hippy witch. Teigen an hubby hate Trump and use their platform to spread that hate. Thought they were normal once. Haterstheyr https://t.co/PrsquaPQmn

​… and accused Teigen of being jealous.

No wonder Teigen is jealous.

© AP Photo / TOM BRENNER
‘You Wish’: Self-Proclaimed Melania Trump ‘Lookalike’ Roasted on Twitter
Teigen has a history of spats with the US president, including a vicious exchange and block on Twitter. In September, Trump blasted her husband, Grammy-winning singer John Legend, as “boring” and Teigen as “filthy-mouthed”, although not directly tagging her – after Legend appeared on NBC Nightly News to discuss the US criminal justice system and praise the reform group FreeAmerica, founded by him.

The president was seemingly vexed at not getting due credit for the passage of criminal justice reform legislation. She responded swiftly, firing back that he was a “p***y a** b****”.

Chrissy Teigen Brags About Having 'Boned' the Sexiest Man Alive