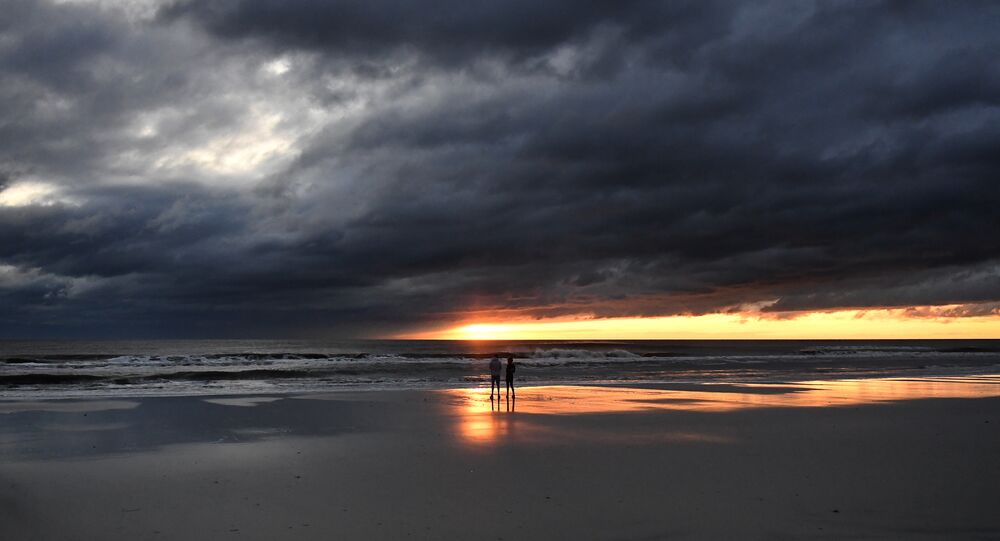 A strange object with a tail of fire was spotted moments before sunrise over Florida’s coastline, prompting onlookers to guess what it was: a missile, a rocket or a proper UFO, signalling that 2020 could be the year we officially meet aliens.

The New Year’s sunrise in Florida’s Fort Pierce has stunned early risers with an enigmatic show in the sky as several witnesses reportedly spotted something with a fiery trail, local broadcaster WPTV says. People from Vero Beach to Jensen Beach are said to have seen the strange object moments before the Sun came up.

Some people watching the sunrise at the beach in Fort Pierce saw something fiery in the sky today. pic.twitter.com/cfqA6Buuty

“I knew what I was looking at was either a missile or a rocket. What I couldn’t understand was why I was seeing it in that area because there’s no launch pads out in the ocean”, John Simard, one of those who took photos that morning told the media.

The outlet also cited Josh Plauche who studied the pictures of this strange thing, as saying: “Looks like a rocket you know, could be aliens”.

However, former historian with the Strategic Air Command Sanford Manley, who was asked about the incident, was more down-to-earth and warned: “It’s very easy to speculate people think they see something”. According to him, what people in Fort Pierce really saw was the contrail of a plane in the beams of the rising Sun, giving it such an effect. He pointed out though that such a phenomenon is more typical for sunsets.

“The plane is very high catching the sunlight before the Sun has come up therefore its glowing red”, he explained to WPTV.